COPD (chronic obstructive pulmonary disease) – the result of a long Smoking tobacco, due to hereditary predisposition. However, the world environmental situation and other factors like passive Smoking play an important role in the development of this serious disease. 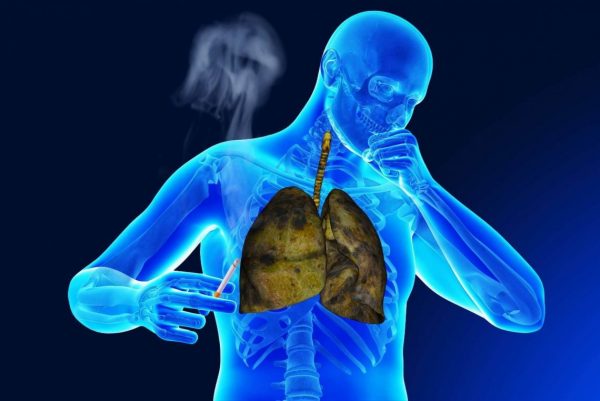 A bad habit can kill. Unfortunately, only few people are aware of the risks of using nicotine. The diagnosis of COPD is always unpleasant for the person and his relatives.

If emphysematous type collapse of the walls of the pulmonary alveoli and deep respiratory tract filled with air. Blood stops enough oxygenated, attenuated activity of the body, manifested symptoms of pulmonary heart disease. Signs are:

In the case of chronic bronchitis main symptom is cough with purulent sputum. Patient full, the skin has a bluish tint, catches colds frequently, may develop heart failure. 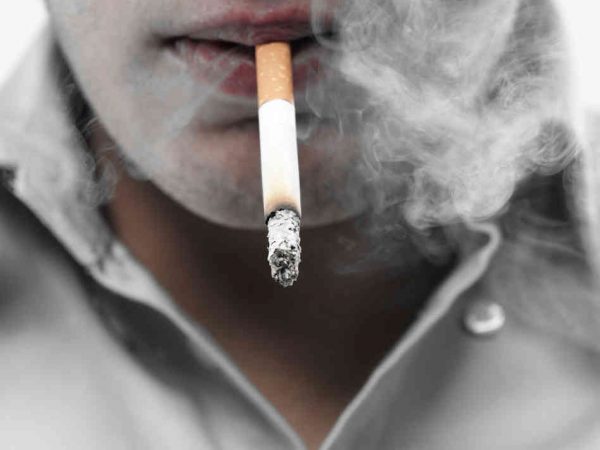 Chronic obstructive pulmonary disease (COPD) can occur in women and men. The structure of the respiratory system all the same.

The risk of morning cough in COPD

The cough usually occurs in the morning. The patient associates it with Smoking and not paying attention at the beginning of the development of pathology. Difficulty breathing when lifting on the platform, fast walking, in complex cases – when changing, walk on the street. Muscles atrophy, responsible for respiratory movements. Due to lack of oxygen in the blood increases the likelihood atherosclerosis and thrombosis of the small and large blood vessels.

Increased blood pressure, possible myocardial infarction. Increase in volume of the ventricles of the heart, this files most often left. Bones become fragile as a result of osteoporosis, frequent fractures. The kidneys also function with abnormalities, reduced urine output. Arise anxiety and restlessness, depression and apathy, problems with memory and attention.

Amazing, that subconsciously people understand, Smoking was the cause of this condition. But, unfortunately, he is in no hurry to give up the habit. Neglect of your body provokes a complication. So the following symptoms, that can easily trigger fatal.

Any stage requires therapy. Only an experienced specialist are able to offer assistance during COPD. To delay a doctor's visit not, still have to give up Smoking. Even passive nicotine consumption will provoke complication of the disease. 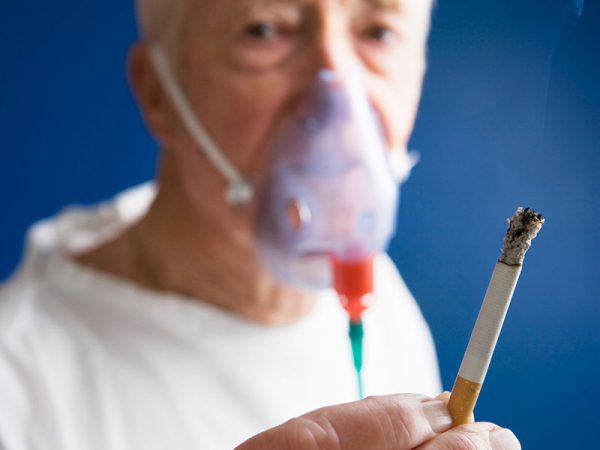 Drug therapy of COPD involves first taking the drug, having the property of expansion of the bronchi. Apply medication anticholinergic actions, beta-2 agonists and their combinations with methylxanthine. How to choose the necessary preparation?

Medication prescribed by a doctor, it also determines the appropriate dose at the installation stage COPD. The choice depends on your goals. Bronchodilators are prescribed for the temporary elimination of bronchial obstruction or for long-term treatment and preventive measures. Of course, so as not to provoke transition of COPD to the next stage, will have to give up the habit. Smoking only aggravates the disease. Sane person would refuse from nicotine, and relatives should support him during this period.

M-anticholinergics is also appointed at any stage of COPD. Treatment should be long-term, follow the recommendations of the doctor should be regularly. In serious cases, is shown taking drugs in the form of inhalers. Xanthine, in contrast to their positive effect, is toxic and have many side effects, therefore, appoint them in the least.

In the form of an aerosol produced product, containing ipratropium. Drug that blocks parasympathetic effects, and eliminates the reflex influence of the vagus nerve. It should be noted, such preparations can be used for the treatment of the elderly, because age does not affect the susceptibility of the receptors to molecules anticholinergics.

Ipratropium, almost does not pass through the mucous membranes of the bronchi, does not cause serious side effects. Diseases of the heart and blood vessels will not constitute a contraindication to its use.

Tiotropy has lasting impact and is available in capsule form, containing powder inhaler. The drug is quite expensive, but its effect lasts the whole day. To take medicine for about a year, all this time, there is a positive effect during the treatment of COPD.

Reception of salbutamol leads to a rapid relief of breathing, the relaxation of the muscular membranes of the bronchi, stops the attack of bronchial mast. However, the salbutamol has a short action, it is not used regularly. Prolonged treatment with bronholitikami from this group may quiver hands and increase in pressure.

Salmeterol allowed for long-term admission, reduces the number of exacerbations of the disease. The drug acts for about twelve hours and protects the mucous membranes of the bronchi by bacteria. Funds are often combined to improve their actions, created products based on different combinations of drugs several groups. High doses of medication are administered to the body using nebulizers. Receiving bronchodilators relieves the patient from shortness of breath, allows you to increase physical activity, reduces the likelihood of hospitalization.

In hospital being treated for a severe exacerbation of chronic bronchial mast. Primarily used regular oxygen therapy, when the patient breathes through a mask, thus restoring the balance of gases in the blood. Bronchodilators are used the same, and at home, but is sprayed using a nebulizer. At insufficient efficiency of inhalation prescribe metilksantina and glucocorticoids intravenously.

In the long course of COPD may experience respiratory failure, pneumonia, arrhythmia.

The age at which COPD occurs

A lengthy examination showed, what is chronic obstructive pulmonary disease occurs in the second half of life. A novice smoker rarely complains of shortness of breath or cough. Often decades pass, until people begin to complain of these symptoms.

Clinic disease actively begins to manifest itself only after, as in the lungs irreversibly changed. COPD 0 and 1 stages rarely causes human panic. More the patient comes to the doctor, when it develops 2,3 or 4 stage. Stronger running than the disease, more difficult to help.

Chronic obstructive pulmonary disease – a disease people, which more 40 years. If a person smokes decades, then wait for the other does not have.

Chronic obstructive pulmonary disease – a scary diagnosis, which indicates only one thing – to be treated will have a long, sometimes even for a lifetime. Here, what you write patients, which was released from the hospital with a diagnosis of COPD:

Chronic obstructive pulmonary disease (COPD) not always occurs in smokers. But mostly it is the abuse of cigarettes provokes the development of the disease. How to cope with COPD? Easier to prevent is to give up cigarettes, go for a swim and walk regularly in parks.

Liked the article? Here you can share with your friends in social. networks and evaluate this record “COPD (chronic obstructive pulmonary disease)”: