Why drugs should not be taken? Only one reason – first, giving a vibrant feel, later, these same substances bring great harm to the body and lead to death. Most people have no idea, what will happen to them due to the substances, but because many are experiments. And what we have? A lot of broken families, shattered fates, broken lives.. In this article we will talk about the dangers of drugs.

Drugs: negative impact on the body

It is impossible to say, what drugs act mostly on the brain or the body. And then, both suffer equally. No wonder, that man, crippling yourself like this pop two directions, sooner or later dies.

Addiction – degradation of the individual! Without treatment to manage difficult!

Let's talk first about that, what life support systems are damaged as a result of taking substances. Drugs are a clear harm to the human body:

Drugs are some of the most potent toxic and poisonous products. Once a person starts to use them, the liver begins to work literally wear. Not surprising, that a few months after you start taking substances, the liver may simply refuse, or become seriously ill. Cirrhosis or liver cancer is the most common disease of drug addicts.

Negative impact on the psyche

Addict are easy to find on the appearance not only the symptoms of the disease, but the missing sight, meaningless statements and strange, inappropriate behavior. No, perhaps, substances, leading to the degradation of the bole quickly, than drugs. 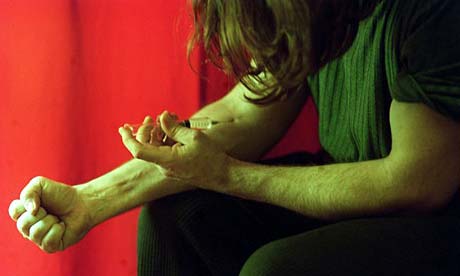 Degradation of the drug addict personality is very fast

Man grows dull very fast, struggling out of society just a few months. Why is this happening? The reason is, any substance that has a depressant effect on the nervous system, or Vice versa – stimulating.

Experiencing unusual emotions during drug ecstasy, people mercilessly exploits the nervous system. Not surprising, sooner or later the dependent loses himself, your personality. All thoughts and desires are replaced by new – get a dose, to find the money for a new batch of drugs.

The dangers of drug abuse is difficult to recognize dependent person. Tielu stage cannot be cured on their own, only experts are ready to breathe in “rotting” human life. Why do people take the needle and ingest the chemicals? This question is difficult to answer. One thing is for sure, addiction treatment, the main thing to want to become a worthy member of society.

The damage to family and social ties

Drugs kill not only the person, but and demolish all ties, it has. Work, family, friends, the addict has nothing, what is the average person. First turn away comrades, more precisely, itself dependent turns them away. After all, when drugs are in a person's life, some old friends of his already in with them to share the feeling of the buzz, this unearthly euphoria. Old companions drop out of life, when hooked on drugs doesn't want to meet them and walk, as before. 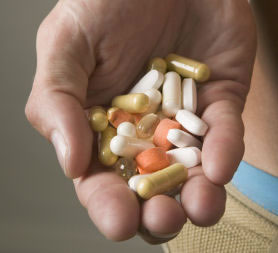 Later, the negative change notice close and native people addict. For them a new hobby of a loved one is real grief, but if he does not want to get rid of traction, then pull it from the web of dependencies is simply impossible.

From drug addicts to leave his wife, turning away children, though of course, most often, loved ones fight to the last for, whom they love. The case a drug addict is also not going well. If it doesn't work on himself, the authorities will quickly notice loss of concentration employee, his absent-mindedness.

Even very intelligent and educated people will lose due to the substances your business acumen and skills familiar to work literally 4-5 months according to.

With regard to entrepreneurs, the new "craze" is so addictive and supersedes all, that person will go bankrupt soon and will lose my business., than give up the addiction. Addicts with the experience of more than six months, as a rule, alone, all their surroundings are the same drug, as he. In addition to these "friends" and drug dealers no one else in the life of a dependent may not be.

The harm from drugs is impossible to measure, because these drugs take away a person's most expensive, he has, his life. Health, social connections, the mind is lost due to drugs.

Liked the article? Here you can share with your friends in social. networks and evaluate this record “The dangers of drugs”: