When talking about addiction, most often have in mind any particular country or ethnic group. After all, a known fact, in some countries this disease is a national epidemic, in other dependent, not so much, to talk about the threat to national health. In this article we will talk about the statistics of drug use across countries.

What determines the number of addicts in the country?

Before, than to go directly to the figures, you need to keep in mind, that the real data has no peace. The addict is very reluctant to want to become on the account, because in the eyes of society are fallen people. In the CIS countries, only one out of six addicts is ready to recognize himself as such and start treatment. The rest prefer to live with the idea, what they all normally.

Each state has its own statistics of drug addiction

Of course, the poorer the country, the higher the level of drug abuse in her. Hunger, social insecurity, criminals – all of these factors contribute to the fact, that person is trying to escape from the external environment with the help of the drug.

The second reason is the large number of patients in the country lies in the fact, the state has not attended to the Ordinance of the legislative framework regarding the use, storage and distribution of drugs. The stricter laws in the country, the more chances that, that citizen would be afraid to use substances, for fear of severe punishment. Hand in hand with this reason, there is high level of corruption.

The laws can be strict, but if the drug Lord can buy the police, custom, the court, the rampant addiction in this country can have a colossal scale. The drug business is very profitable business, but because such bribery is worth it. Drug addiction statistics by country every year is only getting worse. Every year opens new clinic, but teenagers are increasingly on the verge of death. Why is this happening?

The most popular drugs in the world

If you do an analysis of, which drug is the most common, today's cannabis products. Hemp, marijuana, hashish has always enjoyed the highest demand due to the fact, that "grass" is the easiest way to get, it is much cheaper than synthetic chemical drugs. But the main thing in popularity of grass this is not.

The main reason, making cannabis products so popular is the fact, that grass is not considered a drug at all, or it can be considered as a gateway drug. This is very shortsighted – because weed causes psychological dependency and physical affection. On 2000 year according to, provided by who, in the world on the grass "sitting" around 140 million people. Today, cannabis is consumed not less than 220 million. people.

On the second place on prevalence is a narcotic stimulants. They also do not believe drug, and is used for increasing disability, endurance. Many girls start taking stimulants in order, to lose weight. As a result, the weight they lose, but with him and freedom, and become dependent on stimulants. Ten years ago, stimulants were used approximately 32 million. people, today is about 50 million. people.

22 million people are snorted their party (for comparison 2000 year the figure has reached 12 million. people). Cocaine is known as a heavy drug, and the fact, that it takes such a large number of people, suggests, they went into his addiction so far, that is simply can't go back.

Opiates takes about the same amount of people around the world – slightly more than 23 million. This includes not only opium, but morphine, codeine. And codeine also in handicraft conditions to prepare other drugs (for example, the infamous "crocodile"). You need to recognize, not all are on the path of drug addiction at will. To opiates can be addictive in the treatment of disease, since morphine and codeine are contained in many medicines. The most striking and famous example of the avid codeindian – serial Dr. house.

About 16 million. people according to official UN statistics taking heroin is a heavier derivative of opiates. Not less than 13 million. people regularly use ecstasy. "Harmless" addition to the party is not considered by young people as a serious matter, addictive, and this is a big mistake.

According to Interpol estimates the number of addicts on the planet already 2010 the year was 400 million. people, therefore, today this figure has increased significantly. Drug addiction in Russia evolyutsioniruet with society. People suggest not only the chemicals in the syringe, but and more affordable ways to get euphoria. Pills and powders – this appears Hobbies. This is a real plague of modern Russia.

Statistics on gender by country

It should be noted, in different countries the number of men, drug addicts and women differ. Reveal some information. In Asia only 10% women drug addicts, the rest 90% this men. In Russia and the CIS 80% addicts men, in Germany, about 60% addicts – men, in America – about 50%. 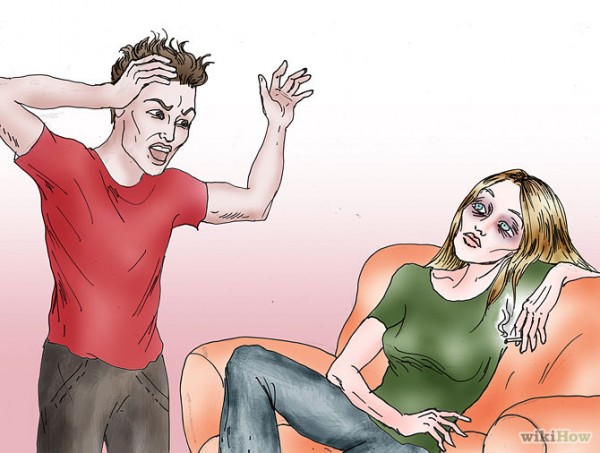 Grass is the most popular drug

Men use mostly cannabis products, and hard drugs, such as heroin. Widespread among men also has cocaine. Women mostly sitting on pharmacy drugs, tranquilizers, sedatives and antidepressants, stimulants and opiates. It turns out, what are the strongest drugs uses, basically, the stronger sex. Among women, who use hard drugs, it's basically, prostitutes.

If we analyze the situation of youth, the drugs are equally as common among guys, and among girls. Ten years ago the ratio was different, young people accounted for about 70% drugs, but now the girls caught up with boys. Youth, basically, uses of ecstasy, LSD, opiates, stimulants, crack.

In all countries observed the same trend: unemployed people are more prone to addiction, than those, anyone have a working place. The highest rate of drug addiction on this basis, in Russia among all drug users, about 74% people don't have a workplace. In Britain this figure is closer to 63%, in America 59%.

Thus, it can be concluded, the lack of human employment and working pushes him to addiction. Another reason, forcing a person to become a slave to addiction is poverty. People, living on social security, more likely to use drugs and become addicted, than those, who is below the poverty line in the direction of prosperity.

In all countries the number of young patients exceeds the number of addicts in the age. It's easy to explain – the youth of any country are more flexible in their worldview, so much easier, than adults, go to the experiments. For example, in the US, the number of dependent aged 17 to 26 years more than 43% patients more terrible age. Drug abuse in America was back in the time, when the USSR society flourished and did not think about that, what problems can go, eating one pill.

In European countries young drug users exceed in number those, who 30 years 60%. As for the CIS countries, the ratio between young people and those, who are older, is – 70% are persons from 19 to 27 years, 18% – those, anyone over that age, and 12% under 19 years. As can be seen from these figures, the disease attacks not only the young, but adolescents and children, who have not attained the age of majority.

Watch this video called: “Is it possible to recover from addiction?”

Statistics of drug addiction in countries speaks in favor of, the disease continues to walk the planet, sparing neither children, not adults. An addict is much easier to become fact, those who have no work and adequate social security. In addition, the younger the person, the more he's likely to get addicted to substances, addictive.

Liked the article? Here you can share with your friends in social. networks and evaluate this record “Drug addiction statistics by country”: