What is breaking (narcotic withdrawal syndrome)? This is a special condition of the person dependent, caused by prolonged absence of the drug, and accompanied by severe physical pain and psychological distress perception of the external environment. Not surprising, many seek the answer to the question – as the withdrawal symptoms and help a loved one or friend!

When it starts breaking?

In most cases, in order, to people, who is taking drugs, started to experience withdrawal, must undergo two to four weeks of the start of administration of the substance. Of course, the addiction begins to take shape after the first dose, but the physical desire of the body will not manifest immediately. Longer than a man "sits on drugs.", the stronger and more painful, he feels withdrawal (narcotic withdrawal syndrome), and the greater the dose needed for pain relief. 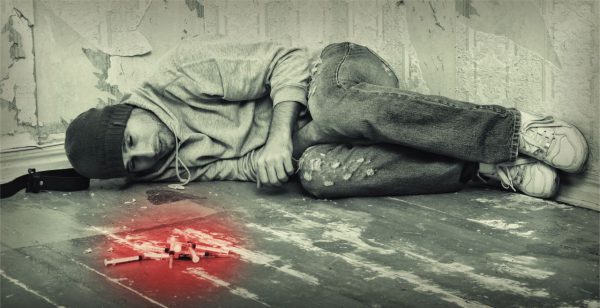 Breaking – it is a powerful destabilizing the state.

It should be noted, there are people, nervous system which is so arranged, what they experience a pronounced withdrawal syndrome after the first or second dose of the drug. It is usually those, who suffered a disease of the nervous system either from birth has a special structure of the system. Such people are no more than 6-7%, but know this before taking the substance and react to it is impossible.

Breaking may become a factor, which will prompt a person to attempts to get rid of this addiction. Indeed, without such a painful light the patient is not even aware of their addiction and safely taking drugs. But the man is to survive the first time, as it breaks, and the desire to continue on the trail of addiction can shoot hand.

In breaking there's nothing wrong with a poisoned body pain gives the person the signal, he didn't want more poison. To get rid of breaking in two ways. The first option – to go through it and free from toxins. The second option is to take the drug and enter into a vicious circle of addiction, because the new dose leads to break-up and so on.

What are the symptoms of withdrawal syndrome (breaking)?

Later 7-15 hours after using the drug, the first symptoms appear. They look like:

At this stage there are two ways: drug use or continue to endure the discomfort “breaking”. If the person will use the substance, then all the unpleasant symptoms will recede, but if you refuse, the break will last another day or two:

Breaking a drug addict – this is a terrible condition, which is accompanied by pain, physical and moral. It is therefore important to call a specialist, that will help to reduce pain.

What actually happens to the body of a drug addict?

A curious fact, but the pain, that is so bright and upset the addict, actually phantom. That is, the body does not matter does not feel that, what it seems to a person. 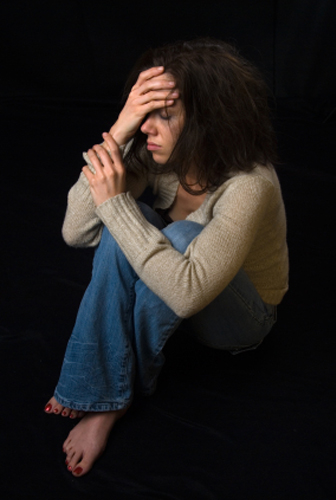 When the man begins to use drugs, he feels "high". But with each subsequent dose the body gets used to the drugs, as the drugs block the work of neurons.

This is what leads to, that the buzz becomes less bright (oppressed nervous system already does not play those, the first sensations), and pain become stronger. This is easily explained by the fact, that the body simply can no longer produce endorphins in the required amount, which can numb the pain and bring joy at the same time.

Once a person survives the first real break-up, buzz from drug testing him would never, – is that short, when switching to a heavier drug.

But all the body literally, from cells to complex organ system, require dose and don't want to have to work without substance. The brain also ceases to work properly – it can't really assess the external and internal factors, but only receives continuously information about the, that the body suffers.

As explained here breaking from the position of, what happens in the body of an organism. It's a pain, from which it is difficult to get rid of and only the new dose will help – that's a misconception, which affects all addicts.

The process of removing the withdrawal syndrome implies only the cessation of the use of substances. It really just sounds to ordinary people, but for the dependent which is comparable to the death.

By and large, after removing the withdrawal symptoms the person will feel a huge relief, and even physical aversion to drugs. To discontinue the drug immediately should and every, who wants to eliminate withdrawal symptoms, another option is simply not there. The only exception is especially sick people, which if you refuse drugs, just die.

Drug addiction treatment in a patient in a rehabilitation center is a complex and lengthy process, which involves doctors of different specialties:

In patients, who have been using various drugs for a long time, various chronic somatic pathologies are noted. For their treatment, development of a supportive therapy strategy requires the help of highly specialized specialists: cardiologists; pulmonologists; gastroenterologists; infectious disease specialists; dermatologists; venereologists, etc.. The key to effective drug addiction treatment without relapse is a complex step-by-step impact of a team of specialists from a rehabilitation center.

How not to remove the break-up?

Many people, trying to experience severe withdrawal symptoms (heroin withdrawal or screw) often prescribe themselves drugs. This may be the cure, any drug in smaller amounts. Also a "jammed" pain alcohol (it is a common choice of those, who uses cocaine).

Know, what ways to get rid of from the break-up impossible, ill just prolong the agony and exacerbate its already unenviable position. Taking drugs, even other, implies the continuation of the process of poisoning the body. Antidepressants will not remove the pain, as there is no pain, she is a phantom. For this reason de won't help and sleeping pills. Alcohol can lead to alcoholism. However, known in the practice of addictions such cases: addict, sitting on the drugs for a short time, suppresses withdrawal alcohol.

This helps, and people can really get off of drugs, considering, it is better to be an alcoholic, than a drug addict. However, alcoholism in drug addicts has more destructive power, than ordinary people, because a former addict decides sooner or later to zakodirovatsia. This will lead to, what, unable to stand without alcohol, the patient will return to drugs. Here is such a vicious circle, which explains, why alcohol is not the answer.

Addict – people, who needs your help!

And that the output?

The only solution is to refuse all types of drugs, arbitrarily appointed a medical drugs, alcohol, antidepressants, sleeping pills. The body needs to be cleansed independently, but "doping" will not help, and will only worsen the situation. Remember, that any substance, adopted by the addict during withdrawal may lead to death of the patient!

If a person firmly decided to get rid of his illness, he should take the following fact as a given. Withdrawal lasts 4 to 8 days (depending on, what "sitting" of the person and how long). If a person has heroin, cocaine or helical according to, the experience of pain itself is almost impossible. If the person still wants to try to make it, you need to take the following actions:

Take a strong break-up at home is very difficult, therefore, you should call specialists in narcology and go to clinics, to hospital in rehabilitation centers. Only narcologists are able to help an addicted person with experience.

The removal of withdrawal in a medical facility

The second advantage in seeking help from a specialized medical center is, that immediately after getting rid of physical addiction to drugs, people will receive psychological support and assistance from the psychiatrist or clergyman (depending on, in what institution the person is treated). Without rehabilitation and understanding the causes of the disease, full recovery is out of the question.

Video “Addiction – the moment of truth”

The removal of breaking – the process is very unpleasant, as a person has to experience pain before becoming free. Ease or avoid drug withdrawal symptoms – impossible. Attempts to reduce pain by the intake of drugs, drugs, alcohol can only aggravate the situation and even lead to coma or death of a person. Contact the specialists, they will help you quit drugs, remove withdrawal, remove psychological dependence on them.

Liked the article? Here you can share with your friends in social. networks and evaluate this record “As the withdrawal symptoms of an addict (withdrawal syndrome)?”: