When talking about drug development, most often want to hear the real numbers. After all, what better, what statistics describe the real situation so, she actually? In this post we talk about the situation in Ukraine and in Russia over the past two years.

Russia and Ukraine were relatively free from drug in the times of the Soviet Union. Dependent was so small, even to talk about addiction as a problem, it was just ridiculous. But the iron curtain has risen, and with an avalanche of fashion trends, trends, cultural practices in a country flooded with drugs. Repeating after the idols of Western pop and pop culture, the youth with the early nineties I discovered weed, ecstasy, and those, who is richer, discovered the heroin.

The survey was carried out in the Universities of Moscow. The result is a shock!

About addiction as a disease began in the mid-nineties, once in Russia, a wave of child suicides as a result of poisoning from substance abuse. But it was only the first bell. From the late nineties until today the number of drug users increases the rate of a geometric progression. Official statistics says 3-5% sick people, but how many of them actually, nobody knows.

Sociologists tend to assume, that speech can go and about 10%, and 15% people, which moved on provocation by drugs. Statistics of drug abuse is conducted every year. Only the figures increase every year. Today's youth are easily chooses a silly way to avoid problems is to try a drug.

So, before moving to the real numbers, make the following reservation – "real" numbers regarding drug addiction does not exist as such in principle. The fact, that the count, how many people sick of a particular disease, without their desire for it is simply impossible. Not every addict is on the account. First, many do not want to publicize his "hobby", second, sick people just simply did not want to be treated. 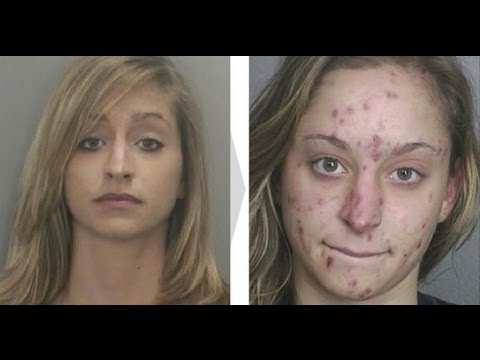 Many patients simply do not want to be treated

So, in the beginning 2015 employees of the scientific Gorshenin Institute conducted a study of this issue, and provided to the society such data:

Today Ukraine for the development of drug addiction is one of the countries leaders. What are the future predictions for the state? According to the official data of the Ministry of health, to 32% students aged 9 to 12 years have tried drugs, 10% students aged 12 to 15 using the substance regularly. This data is anonymous survey, held in five major regions of the country.

Similar growth rates of illness lead to the degeneration and extinction of the nation. The more people will be dependent, the greater part of society is just incompetent, sick. Youth – addicts, potential Golden gene pool of Ukraine will not be able to operate normally, will give birth to sick children and spread sexually transmitted diseases. Let these numbers make you wonder!

Statistics of drug addiction in Russia

Here are some data regarding drug abuse in the largest country in the world – these figures published Gosenergonadsor in the beginning 2013 year. According to, available to this body to control the circulation of drugs, three million people regularly using drugs.

At the same time, about twenty million Russians have tried drugs or use them from time to time. Over the last ten years mortality, caused by use of narcotic drugs increased 12 times, and the infant mortality rate in forty. This suggests, that more children under the age of 15 years conducts experiments with substances, wanting to know, how they will act.

The number of drug addicts in Russia is growing!

How many people drags one addict? Practice, the dependent may involve the forbidden potion from ten to twenty people. One to consume the substance at first seems to be uncomfortable. It's comparable, people do not want to drink alone, they say, if I drink I, then you're an alcoholic.

People, suffering from drug addiction, at first, so do not want some "drugs", to inhale or smoke – a letter. Therefore, substances are distributed in a circle of friends, friends. What's funny to tears, accomplices of drug dealer become dependent, after all, they are in a matter of months bring in new clients.

In 2014 year the situation hasn't changed. Addiction as a phenomenon of younger. If in the old days people were dependent not earlier than twenty years, in 2010 year, statistics showed, what 70% people addicted to ill 18 years.

In 2016 year, according to the statistics of Gosenergonadzor, already 87% newly arrived drug addicts admitted, started to use substances 15 years of age or above. In addition, there are quite confirmed, testifying, every day to drug abuse in Russia is attached from 150 to 300 people. Because of this, increased the number of treatment centres for drug addicts.

The number of rehabilitation centres in Russia

How many Russians live, sitting on those or other substances? Alas, long. The average life expectancy of a person after beginning regular use of drugs (any, including "light") 5-6 years, those, someone just experimenting with ecstasy or LSD does not live more than 3-4 years, crack and heroin will give the man a year of my life filled with high breaking.

People, suffering from addiction to hard drugs often die from an overdose earlier, than a year after, as you start to use "drugs".

What is the reason for such appalling statistics?

First of all, this range of socio-economic reasons. Sometimes poverty is just forcing people to rush in all heavy, like alcohol and drugs. Of course, each person decides for themselves, what to do in case of poverty, and the lack of money does not justify vices. But this reason is one of the main, leading to addiction.

The second reason is fashion. It is this ephemeral phenomenon is forcing the "younger" drug addiction by the day, as children, like curious monkeys, eager to try anything and everything. Parents! Beware. Statistics 60% parents did not notice the strange behavior of their kids, that using the substance. 48% parents, whose children died from drugs, did not take any action in the first year, after, how did you know, that their kid is a drug addict.

More 34% moms and dads, which "passed" the teen for treatment at medical center, recognized, no one had noticed that fact, that their child is "drug addiction" from 1.5 up to two years. Don't be blind to those, love. Protect your loved ones, especially children.

Addiction – it is the plague of the modern world!

The third reason lies in the fact, what drugs you can get virtually no problems (for any disco, among the pupils in the school, in "the wrong places", that is in every city) drugs and are relatively inexpensive. Here is the approximate price of the substances in conventional American units:

Weed available wish (a serving of five grams) for 7-10 $ , methadone is more expensive – from 15 to 35 $ . Agree, that person, which free seems incomprehensible, how can you give such money does not carry any meaning drugs. But when the patient is bent from breaking, he is ready to give all, he has, what is really there 10 or 20 $ ? The more difficult it would be to bring in drugs, the higher would be the price, and the harder would be the task for the patient to buy them.

It is time to introduce tough measures!

But, as you know, what bribe can be anyone, if we are talking about money. The salaries of customs officials or the police is not very high, and because a bonus for that, that official will turn a blind eye to smuggled the forbidden goods is worth it. The drug addiction problem would be solved, if the government imposed the most severe penalties.

Statistics – every second teenager ever in your life tried drugs.

Take, for example, Malaysia with a totalitarian regime – the authorities punish those, who use and distribute drugs, the death penalty. Similar to the situation in the countries of the Islamic world – there is forbidden not only to use drugs, but alcohol. More precisely, it is forbidden and we, but in these countries the perpetrator can expect deportation and deprivation of rights, imprisonment.

These are not empty words, the laws really work. And what is the result? In these countries one of the lowest rates in the disease of addiction worldwide. For Russia and Ukraine would be a good way to toughen penalties for those, who uses, keeps and sells drugs. But we need not just to tighten, but do these innovations really work. Statistics of drug addicts in Russia is not comforting. Most people do not even suspect, that their friend or relative dependent on modern chemicals.

But we should not shift the responsibility on the state. Remember, what every conscious person to prevent, and even to reduce the spread of drug addiction. Do not use drugs themselves and have the courage to stop someone, who wants to do it. Beware, if you have teenage kids. Total control is not needed and will only hurt, but the basic care and participation will definitely not be superfluous.

View this video about the real dangers of drug abuse “Dr. Life. About drugs”

Statistics for recent years in Ukraine and Russia to the horror. What can you do in order, to the numbers stopped growing, and then came down? This can help effective legislative measures and the personal responsibility of each citizen for themselves and their loved ones.

Liked the article? Here you can share with your friends in social. networks and evaluate this record “Statistics of drug addiction”: