Today there are a huge number of plants, which people use with the purpose of obtaining a narcotic effect. Some of them are completely harmless, but most seriously damage the health. To better understand the possible danger, you need to learn more about plant, called kratom. 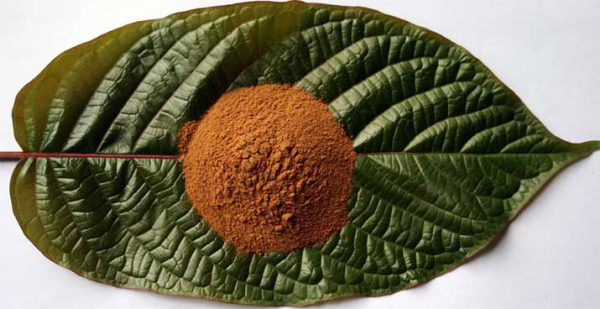 Kratom – drugs or no drugs

Kratom is a unique plant, germinating in Thailand, Malaysia and Papua New Guinea. It belongs to the Rubiaceae family and can reach 50 feet tall. Each branch has dark green large leaves, containing in its composition more 25 various alkaloids.

Kratom comes in two varieties depending on the color of the veins on the leaves. They can be red or green. The tree is considered evergreen. It constantly updates its greens. With the onset of the dry period, the leaves begin to fall with great speed.

Because of the content in its composition of alkaloids, the plant is actively used as a narcotic drug. It contains in its composition mitragynine, which is considered dominant. For the first time this feature was put in 1907 year, but to fully define and to study its structure could only after more than 50 years. In 1964 year a number of scientists carefully studied the structure of matter.

Due to its unique action of mitragyna speciosa was used extensively ordinary workers. Peasants and farmers, wanted to slightly brighten up the gray days, cheer yourself up and relax. Some workers use kratom as a means of coping with heavy physical work. And among drivers, the plant was popular as an energizing component, allowing you to feel fresh.

Kratom is a drug, enjoying special popularity at representatives of the stronger sex. Many men chew the plant every day several times a day. But among women kratom is not a special demand.

In most countries of the world the plant is recognized as legal, in spite of producing an effect. With the exception of becoming Thailand, Burma, Australia and Malaysia. Especially strict rules of the government of Thailand. For a long time, the country has been growing these plants, but after the ban they were all cut down. Today, the use of, the storage and sale of plants similar to heroin and cocaine. Violators of the strict rules facing the death penalty.

Studying history, we can conclude, the plant is a few hundred years ago had incredible demand. Thanks to him, people have increased the health. So this was a kind of elixir of energy. However, few people think about the dangers of the drug. Kratom dependency one of the possible consequences. In normal use, addictive easy to avoid. But most people exceed the recommended amount, what triggers the development of the disease.

It is important to note kratom has long been a substitute for quality opium. It was used in a variety of ways. Ranging from chewing, ending Smoking and brewed as a beverage. 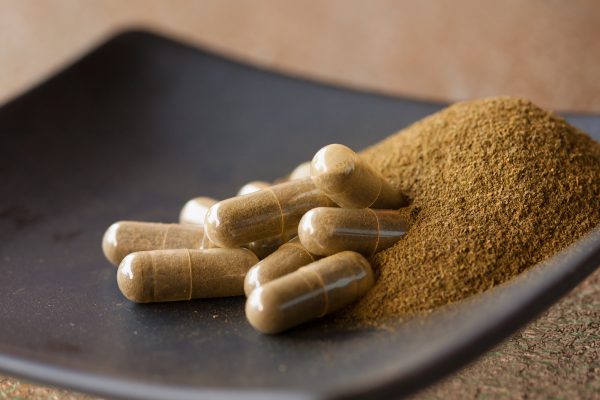 The plant is actively used for medical purposes. It was a cheap alternative to methadone, with the help of which you can quickly get rid of the addiction, morphine-like opiates. In 1999 year the drug began to prescribe as an effective tool for combating depression. Although the exact studies on this issue have not been conducted.

Today the plant is used Malay healers. With it, they normalize blood circulation, relieve cough, and even remove the symptoms of diabetes.

Wood is used in a variety of ways:

The effect of using plants

After the use of a unique substance of a man filled with energy. It can work for a long time, without feeling a sense of fatigue. There are reviews, that leaves even increase sexual energy. The drug has a sedative and analgesic effect, makes a person sociable and friendly.

The first symptoms appear later 10 minutes after eating. Half an hour later emotions are intensified, begins to develop euphoria. Such feelings persist for a couple of hours, after that, the action component begins to decrease.

The exact effect depends on the dosage of the drug. The bigger it is, the stronger the feeling. In exceptional cases, kratom is able to provoke hallucinations.

The drug is able to provoke an adverse reaction in combination with some drugs. Therefore, it cannot be combined with caffeine, cocaine, alcohol. Otherwise can cause serious health problems.

Harm to the body

Like any substance of character, the use of it does not pass without consequences. Especially at risk are people, constantly consume the leaves. Numerous number of victims is a Testament to that.

They can appear serious health problems, physical and sexual power. So to abuse the substance is not recommended. Permanent lung drugs causes changes in the brain.

Liked the article? Here you can share with your friends in social. networks and evaluate this record “Kratom is a tree or a drug”: