Sadly, but this problem is relevant today and will remain so for many years. Despite all the efforts, which take who, and every particular state, addicts on the planet is becoming more and more. You know, why? Because the government can't knock on the house to everyone and say: "Hello, we came to warn you about the dangers of drugs! Fear of these drugs, watch your family and friends!

In this article, we will tell two true stories, which happened with real people. They saw, what about their children going wrong, but did not attach any importance to this. Possible, this story will help someone and will open their eyes to the fact, what is happening to their loved ones. Who become victims of drug abuse? Really difficult to answer this question correctly. Drug equally affected rich and poor. Toxic chemicals does not divide people into classes, by occupation and gender.

The story of the first: girl-a student

If you think, that drug comes in a dysfunctional low-income families, you are not mistaken. But that's not the only victims of addiction. The disease can come to anyone, anytime, especially then, when you least expect it. The first story was told by the girl's parents, which hanged. A drug addict she was in the ninth grade, he died two years later.

If you used to think, what addicts people from the lower strata of society, you are wrong

"Our daughter was one of those, about whom they say "clever, beautiful". Studied well, helped her mother with the housework, enjoyed playing with his younger brother. It all started at the beginning of the ninth grade. The school held the "Autumn ball" and there Olga met odinnadtsatiklassnikov. Love, began to come home late. We had nothing against until then, while daughter did not come drunk. Then we asked to show us the chosen one.

At first, Olga didn't want, motivated by the fact, he's not ready or we are not ready, but then I asked a guy out. He did not like us – behind the beautiful exterior hid a swagger and rudeness, in the speech, and then slipped swear words. The guy lived with his mother, without a father, and apparently, in anything it was put on. We told Ola, he was no match for her, but who will listen to us! Daughter has become "encrypted", to come then, when we were already asleep.

Help your friends and relatives, which hooked on the drug. Otherwise you'll have to bury them!

Yes, and something began to happen with her mood – sullen, then have fun. It was the first bells, but we thought so – first love, see, fight – put up, so she behaves. Actually, by this time Olga had already consumed substances.

Something we suspected only by the time, when the house began to disappear jewels. Olga did not know anything of failure, but the pocket money she did not dare to ask for more volume, otherwise we would have asked why. And then she started stealing from his mother's jewelry box.

When we found this, I knew, what was wrong last time – the daughter has ceased to look after themselves, lost weight right up to otomania. When we called the school, was, over the last two months performance from Oli dropped, since that missed half of your classes. When we are "pressed to the wall", it turned out, she's already six months drugs. We went to the doctor, not considered necessary.

Now, it seems, that is our biggest mistake. Olya gave the word, that start up, and the words of his she had not violated. But broke, she continued to take drugs, still stealing money or something, what you can sell. This agony lasted for two years.

One day the mother got mad and just don't let her out of the house. Olga locked herself in the room. In an hour, when my little brother got to it to knock, she opened. We broke down the door – our daughter hanged himself.."

Let this sad story be a lesson for all. Parents, if your child learns well and behaves, like a good boy, it does not mean, he is immune from all ills. Follow him and monitor is the most stupid option. But just keep an eye on your child, after all, you know him better than anyone. If you notice any strange behavior, in manner of dress, so, it's time to talk heart to heart.

Victims of drug addiction – people, who were unable to get out of depression or those, who wants to get away from problems. Debts, setbacks in his personal life, oppression, loneliness, illness of relatives or their death.

The second story: people, who had everything

"When you tell stories about drug addicts, I want to scream. After all, most often it is disadvantaged, those, who has no work or home, children from a dysfunctional family or an adult, he's suffered a terrible loss. The story of my life is the opposite. My husband died of an overdose.. And it is fine, he began to take substance from any troubles or problems. No, we had everything we. I'll start in order. 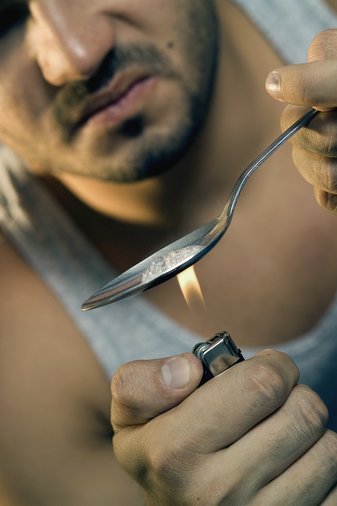 For drugs may to sit down even completely happy man

When I met Dima, I knew, go out I marry him, and problems with material goods will not have never. Moreover, that Dimka was a major, that is from a rich family, he himself had a considerable inclination towards entrepreneurship.

For twenty years he had his own hotel in a resort town and a car wash in our. Meanwhile, he didn't drink, smoked, he had no bad habits and bad friends. We got married, in a year a daughter was born, life was good. Something's wrong I felt after five years of marriage.

I didn't even ask too much question why – their job is not normalized working day, and therefore what to ask?But the behavior Dima has changed, he withdrew into himself, became short-tempered and even aggressive. In addition, he began to lose weight.

I was worried, but my husband explained it by the fact, at work problems, he is doing, but because nervous lose weight. Then he said, he needs to leave in a resort town, where we have a hotel. A month later they called me and said, he died of an overdose..

That's all. Later it turned out, which is one of the informal meetings, the partners proposed to try him cocaine. Dima and tried. And away – he died six months after first dose. Wow, I really didn't notice, always thought, that drug addicts can be seen with the naked eye.."

If you think, the disease comes loudly and with fanfare, you are wrong. People, hooked on drugs, to hide your addiction from you until the last. Only truly close and loving people can detect that something was wrong, but many attribute the first symptoms to anything, only not the true cause. Overdose can happen to anyone. Nobody knows, what syringe will be the last. Tablets also can lead to death.

The second common mistake is the rejection of external assistance. Learning, that their child is addicted to drugs, parents behave, as if nothing had happened, hoping, "it will pass". For this reason, victims of drug abuse more and more. Remember, in humans, the patient has only two choices – either will be cured, or die. Only lead to worse drugs. A lethal dose can be in different quantity, it all depends on the health of the person.

Not always the victims of drug addiction is people destitute. Yes, statistics, often hooked on drugs those, who is poor or has no home, work, but not always. The disease can come in any house and for a very long time cleverly to hide and disguise themselves as anything. Beware! As soon as you notice the first signs of danger, do not let the situation resolve itself – it will not happen. Proceed as quickly as possible and forcefully, and then you have the chance to save a loved one.

Liked the article? Here you can share with your friends in social. networks and evaluate this record “Victims of drug addiction”: