"12 steps" method, which spoke all over the world. Relatives of drug users actively wondering – does the program cope with addiction or is it another hoax! From this post you will learn, what is included in this program and how it works. 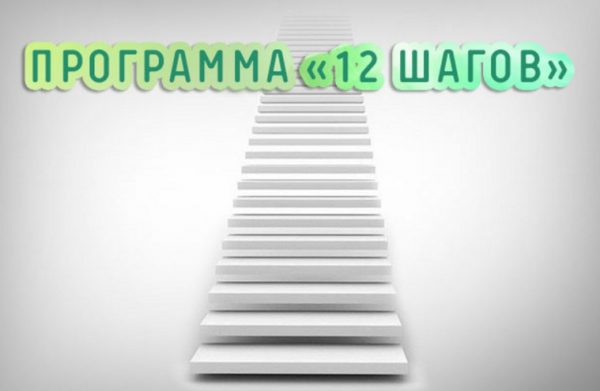 The program "12 steps" can be called one of the most effective programs, created for recovery from ALCO- and drug addiction.

When there was a program 12 steps?

This program is, in the thirties of the last century in America.The program "12 steps" developed countries, where the drug problem is given special attention. Dozens of drug treatment during the twelve years studied the methods.

It all started with anonymous meetings alcoholics, that came to a disappointing conclusion, what to get rid of alone from the disease impossible. We developed a special program, consisting of twelve stages. Later this course has been adapted for the treatment of drug addicts. In the CIS countries "12 steps" came relatively recently, about twenty years ago and was the most popular course of treatment.

To get closer to the program "12 steps", you need to try to quit (possible, repeatedly), to deal with failure, with the breaking of the, with his own powerlessness before the desire to the dose, and then people will be ready to declare defeat. Here are the basic steps, which should help to cope with addiction:

Over time, the personality is restored, the patient receives more and more opportunities for their liberation and spiritual development. The effectiveness of the program "12 steps" proven. There are people, which is really a talk about, this method helps to give up drug dependence.

A curious fact, but, despite the development of psychology as a science, with 1939 year this program almost nothing was corrected or supplemented. This suggests, that the program is effective and has been running quite well for decades. Get help from "the 12 steps anyone can, any age, sex, social status, and most important of all persuasions.

A person can be an atheist or a true believer, young or old, rich or poor, in any case, he gets access to the meeting and to the program itself. Self-treatment in this program is very difficult, not to say that it is impossible, since the addict will not be able to realize himself all the steps, he must like socializing with other addicts, and with the psychologist. Meetings for the program are in a closed form, which come only addicts, in the open, where everyone can come to their relatives.

Drug addiction is a plague of modern society. Only you can decide, which method to trust. The main thing, time to help this person, on the brink. The program "12 steps" in ten years to come to pass round date – century. With 1939 years of this treatment did not change, and to this day is considered the most effective in the fight against drug addiction and any addiction. To help any person, regardless of faith, religious beliefs, age and sex.

Liked the article? Here you can share with your friends in social. networks and evaluate this record “Addiction: 12 steps”: