Drug addiction is a dangerous disease, which is characterized by the dependence on chemical drugs (marijuana, marijuana and other). From this habit die each year millions of people, which was not yet 40 years.Among all the dependencies, which made people, addiction is considered the most dangerous. In this post we will tell, what is so fraught with the disease, what could lose and what are the ways of struggle.

Alcohol and Smoking is a "honorary" first place among all the weaknesses, which a man under authority,. Even one of the dependencies, which refuse to recognize the most doctors is gluttony, leading to diseases of the body and numerous complexes. But there is among all these weaknesses nothing more terrible and destructive, than drugs. 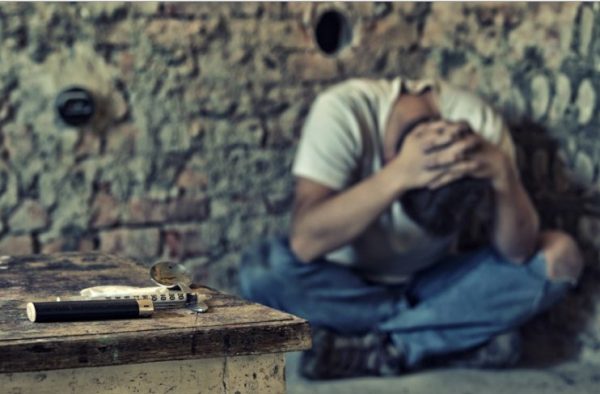 Poisonous drugs like the carrot before the nose of the donkey

These drugs are a poisonous carrot before the nose of a donkey – dependent, which from time to time gets the opportunity to chew it. Anyone, living in the modern world, sometimes thinking about escape.

No one, absolute happy, except that children under 5-6 years. Later the problems begin puberty, disagreements with parents and teachers, lack of friends, bad grades and a b average, do not give way to hope for a bright future, little paid work, cruel boss, a marriage without love, children pregnant, the lack of means for a decent life, disease, the sad old age.

This is the average life of the average citizen, some of the world most. Add to this the unfulfilled hopes and expectations, non-reciprocal love, the inability to Express themselves and their potential.. Note, there's nothing, able to insure against these evils – not a huge fortune, nor good looks or a good education.

However, we must admit, all these problems stem from the problems of incorrect perception of life. It is person to understand, what will make him happy, and he can go after that, not paying attention to obstacles. The rest follow the fashion, imposed attitudes and misconceptions about happiness, and therefore unhappy. That's why many people want to escape from life and from the problems, even at the time. Drugs were a seductive door, giving the opportunity to slip beyond the ordinary life.

Man cannot and does not want to understand, what you need to change life itself, and not the circumstances, grabs the drugs, as for the magic wand. But there is a problem. The buzz, which is experienced from the first dose of the drug, never reach again. The body quickly gets used to the substance, and therefore, the subsequent sensations are to be much to give in the previous.

What is so attractive drugs?

What a thrill, and why this feeling makes a person so addicted? This feeling of absolute happiness and relaxation. Each of us has experienced the thrill more than once in my life. If you ever experienced a creative ecstasy, the time of success of the goal achieved, love, the drugs will not surprise you.

Drug surprise only miserable person, who knows, what is the purity of feeling, mired in the gray everyday life and wants to escape, to escape, hide, forget. If alcohol depresses the nervous system, the drugs are Vice versa, stimulate her, make everything that happens brighter, stronger. 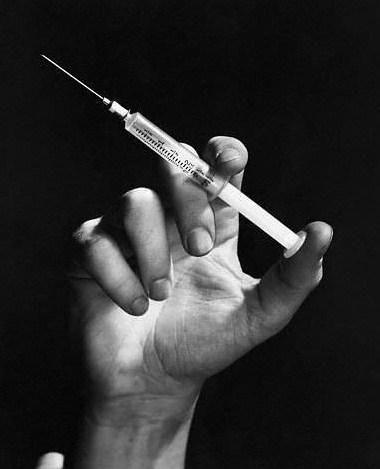 Drugs – a lot of unhappy people

The difference between drugs and real feelings in the following. The drug changes the frequency and speed of biochemical processes, what is happening in my head. But at the same time, such an artificial acceleration has a very negative effect on the body, causing it to wear out much faster.

It, what one can experience through drugs, this surrogate sense, which will wear off each time. The absence of the drug causes depression, apathy, physical pain. These same feelings are not inhibit the body, don't make him sick or aging.

If you survive your own success today, it repeated the feeling after some time may be the same strength or stronger. Love is different each time and also not can be experienced more weakly. But no narcotic buzz.

Each new dose it is becoming less fun and forces you to spend more reserves on his experience. The result is the person experiences lethargy after receiving the substance, accompanied by thus breaking. Why man embracing dependency? Drug addiction is a plague of modern society. According to statistics, every third teenager tried chemicals, causing drug intoxication. Each of the second dies of an overdose.

Remember, what drug is the lot of the poor. There may be millions, but he may not be happy and poor in real sense. At the same time, a poor artist can each day to be in ecstasy, indulging in the beloved, and these feelings can be quite comparable to the high from heroin. Only that, experiencing the artist's true, and then, what the addict feels is ephemeral and impossible without another doping.

The first and very unpleasant, what do you give the drugs the person is a physical craving. Having tasted the drug, people, as a rule, want to get it again and again. Statistics, after the first sample 50% experienced substance find the strength to say "no" to the following sample, and others 50% not even trying to do.

If the same person, consumed the drug 5-6 times will suddenly refuse substances, it will not bring relief. Without regular doses, the patient is experiencing nausea, dizziness, severe pain in muscles and bones, shiver, palpitations. These sensations are called "fragile", because the body as if broken and falling apart.

To survive the break-up, and not to break, a person must have a very strong desire to get rid of the dependence and greater willpower. This files most often treated drug addicts placed in a special medical institution, where he does not have access to substances, just have to endure physical pain. However, if the dependent will prefer to be treated at home, it, as they say those, who was breaking own, it is best to chain yourself to the battery, otherwise people just will not stand the torment and frustrate in search of drugs.

But the physical craving is more, as the saying goes, only half of the problem. The real problem and the problem of the patient is psychological attachment to the drugs. Eating substances, people forget about real life, all important and significant. He remembers the first thrill and constantly strives for it, gradually increasing the dose and the strength of the drug. Many people think, what is the addict to overcome the physical cravings for the drug, and he becomes a free. 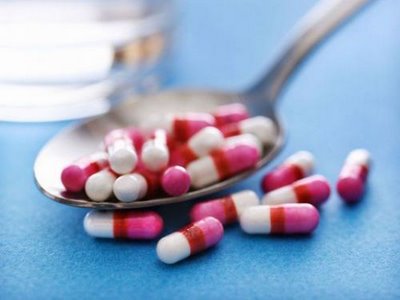 This error! As we found out, drug addicted people unhappy, for them is so attractive and enticing thrill. So, to get rid of psychological dependence of drug abuse, you need to identify the cause, motivating a person to start taking certain substances.

Sometimes the reason is obvious. For example, the loss of a loved, disease, financial problems. Sometimes it's something deeper, for example, loneliness, the fear of death, unrequited love. If the addict wants to be free from the shackles of the disease, he will allow himself to answer this question. But sometimes, people simply afraid to look into yourself, and then need counselling. Today there are many institutions, offering rehabilitation treatment for addicts.

Such treatment can be expensive (usually, the cost is high in private clinics, staffed by experienced psychologists) or free (if the institution of charity, is related to religion). True, among the institutions, providing free services, there are many religious sects, so you need to be extremely cautious with the selection of such an institution.

But also paid places can be unsafe. So, some places still practice methadone (leading to death much more quickly, than drugs) or other drugs, passing the experimental test. For the doctor there subjects more interesting, than the addict, indeed, in the case of his death, you can always refer to a powerless body in a strange new reaction, caused by taking cheap synthetic drugs.

"Ex-addicts does not exist"

When it comes to addiction and treatment of this disease, there are many myths. For example, considered, what is to be cured forever is simply impossible. People, once addicted, so this will be a lifetime to remember about that, how well did he get on drugs, and to dream of the thrill. To debunk this misconception, take a look.

If any of your friends man, who drank a lot or smoked, and then tied, exercise, married or got posterity, and no longer remembers about his habit? Whether among those, who do you know, man, which was once fat, and then started a, and now like a Greek God with a magnificent figure? With addiction the same, this dependence in terms of treatment is no different from other.

When a person understands, what about drugs it more ways, he can get away from this habit as easily, like the other person to quit Smoking or alcohol. The thing to realize and desire, and nothing more. Of course, the drug is otherwise, the example, with nicotine, but it can be won out of this battle victorious with tempered nature.

. How dangerous addiction? The consequences of addiction is so frightening, that people are not always willing to lend a helping hand to family and friends. First and foremost, the addict associated with bad company, then looking for easy money on the dose, and then, it will AIDS, HIV, cirrhosis of the liver and death from overdose.

Video “How to know, that your child is a drug addict?”

Addiction as the addiction has a greater and destructive impact on human life, than Smoking or alcohol. Remember, the fight takes place in two stages – first, man is freed from the physical addiction to drugs, and then from the cause, pobedivshego him to start taking drugs. It is also important not to stop halfway – if the patient does not feel addiction to drugs, he needs to undergo rehabilitation, to get rid of psychological dependence.

Liked the article? Here you can share with your friends in social. networks and evaluate this record “Dependence: addiction”: