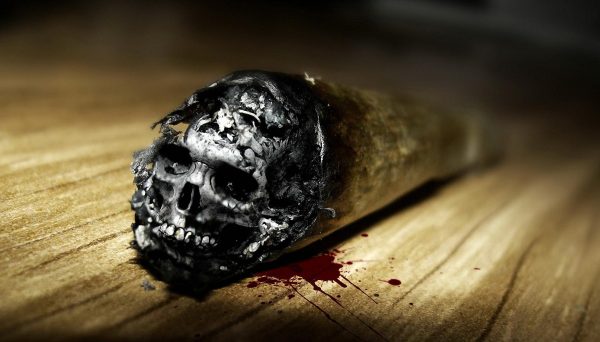 Every person in life has their own circumstances which led to the pernicious habit:

However, people should be aware of, why at low cost cigarettes, retail sell them expensive? Is a smoker the person is not interested to know the technology of making a delivery into the body of tobacco smoke? Once succumbed to the temptation to drag on a cigarette, then to escape from her arms will be very hard. Does not deter from this social advertising with pictures of black tar lungs and people, which is impossible to cure.

For starters, you can investigate a certain "internal" cigarette. Nothing, what might surprise, eyes will not be: paper shell, fuzzy filter, shredded tobacco. But it's just something, on the surface. 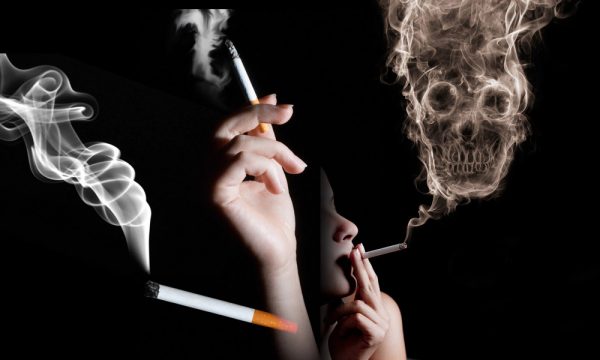 The danger of smoke

If you dig deeper, the filler tobacco in addition to found some more substance. The appearance of the cigarette can not be called a deterrent, but it is peaceful. Even this wrapped in a thin paper cylinder manufacturers have tried to make it attractive. The guy clutched in his fingers a cigarette needs to seem fashionable or cool.

Danger starts to come after, as presented to the flame of a match or lighter. Lungs with smoke coming with new and new portions of the additional substances, which was discussed above. A little more than two thirds of the smoke slowly smouldering cigarette passes light active smoker. And they breathe standing next to (or sitting) people, unwittingly they find themselves as hostages of passive Smoking.

The amount of smoke entering the respiratory system depends on the following factors:

The desire to enjoy a new portion of nicotine stronger awareness of the threats posed. 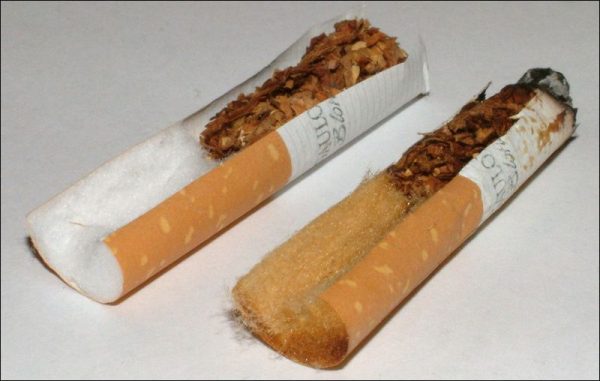 The smoke is not uniform in composition – except for gas, there is a certain proportion of solid particles. They accumulate in the lungs and poison them. In addition, irritated mucous membrane of the bronchi, what causes allergies and inflammation.

The greater the mass the smoke of a smoldering cigarette is a mixture of gases: acetaldehyde, carbon dioxide and carbon monoxide gases, acetone, ammonium, isoprene, hydrogen sulfide, nitrobenzene. Each of them nothing but harm to the body does not carry. When they are brought together, it turns out a pretty powerful combination.

In the slowly rising streams of smoke floating particulates. First and foremost is nicotine and water vapor. And yet the tar – resinous product, consisting of a whole bunch of chemical compounds in the form of phenols, carbohydrates, naphthalenol and Cresols. Not to mention a certain percentage of chemical elements, spontaneously emitting elementary particles:

This is only part of, what is included in cigarettes. 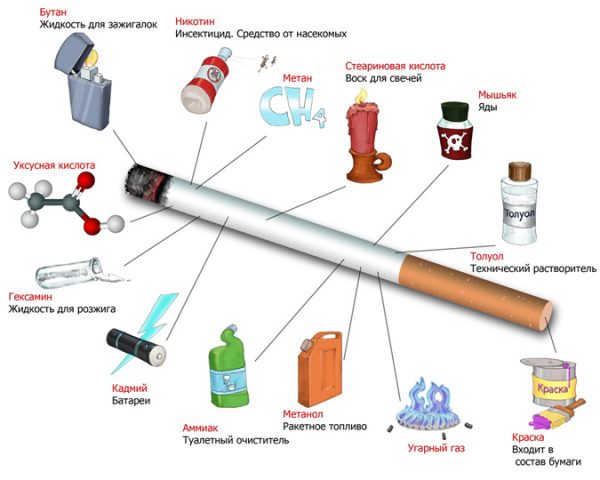 The chemical composition of cigarettes may shock:

Impressive the tobacco in cigarettes? It is from this collected wand, which is so willing to smoke many people, not thinking about the consequences.

Liked the article? Here you can share with your friends in social. networks and evaluate this record “The composition of cigarettes, that kills”: