Heroin is a dangerous drug, received a semisynthetic route. In the use of the drug several times over a short period of time you may overdose. Similar results may also develop when the joint combination of heroin with some drugs or alcohol. Heroin overdose is a common phenomenon, often provoking serious consequences. 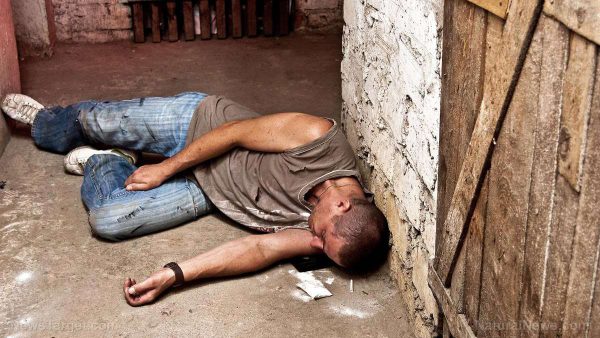 A bit of historical reference

Heroin emerged in the late 19 century. After a number of researches it became known, that substance helps to cope with bouts of severe coughing. After this application, the drug is actively prescribed as medicine. It was only decades later has been proven, that drug is detrimental to health. Provoking dangerous diagnoses.

A drug easily made at home. To do this, use opiates, Mac. All components are thoroughly mixed. At the end of the manufacturing process of a product, having a brownish tinge and pungent smell. However, it is also actively produce in laboratories. Here's the final product has a completely different appearance – white powder, odorless.

Regardless of the method of producing the effect and the consequences are always the same. The most serious is an overdose on heroin. Severe intoxication can become the cause of terrible health problems. 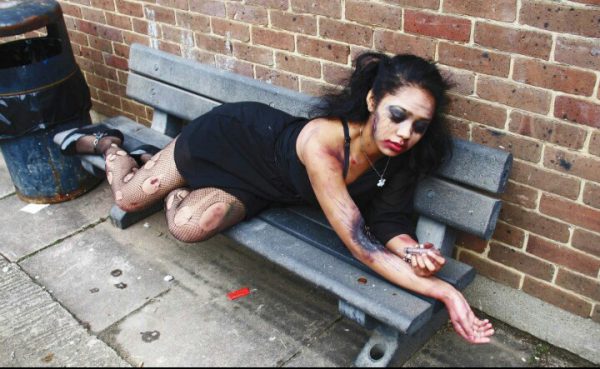 To wait long for the first symptoms do not have. They usually occur a few minutes after intake. The main symptoms of intoxication becomes:

Often due to respiratory failure or necrosis of internal organs, death occurs.

To avoid death especially difficult with the development of acute poisoning. Characterized by the following symptoms:

Heroin overdose effects, which are quite serious, can occur regardless of age and drug experience.

What to do if you overdose on heroin?

Providing timely assistance can seriously affect the overall outcome of the tragedy. Therefore, it is important to know, how to behave in such cases:

Heroin overdose is very different from alcohol. Therefore, to provoke a gag reflex or give the sorbents without the consent of the doctor can not. Such actions can only aggravate an already dangerous situation. 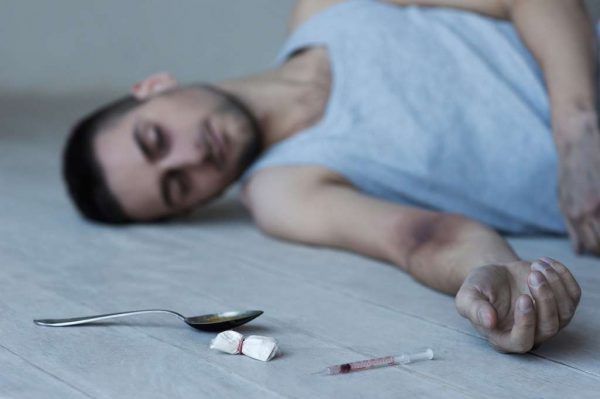 Heroin overdose contributes, what a patient needs to undergo treatment. Undergoing therapy in a hospital under constant supervision of experts. They after a series of analyses and personal communication with the patient will be able to prescribe necessary treatments and medications.

Treatment can take a long time, but to ignore it is not. Otherwise there is a high probability of recurrence.

The consequences of overdose

Addiction is a dangerous disease, and with the appearance of overdose, the situation only becomes more complicated. Even with the successful outcome of cases. The chance to return to his former way of life, is quite small.

About 20% victims die from an overdose, for 40% it ends a lifetime of disability and chronic diseases. The chance to return to a normal existence falls Il 5% lucky.

From the first dose of the drug addict's life is threatened. The reason is the development of a strong dependence. Often to cope on my own impossible. Heroin can provoke the following violations:

Often obtained the diagnosis be irreversible.

Many people are concerned, how much heroin to overdose it is necessary to give an exact answer quite difficult. Much depends on the individual characteristics of the organism. Therefore, a single digit does not exist. Even a small amount of the drug capable of provoking a lethal outcome. The risk to end my life this way is too large. So, you should seriously think before, how to take up a dangerous substance.

Liked the article? Here you can share with your friends in social. networks and evaluate this record “The consequence of an overdose of heroin”: