Many do not realize is if addiction, apparently, impossible to stop, what is the need for its prevention? The government, according to reports, allocates a huge amount on this fight, but isn't it just a beautiful excuse to launder money? In this post we will talk about the prevention of drug abuse and the appropriateness of such a struggle with addiction.

Whether the means of drug prevention?

Drug prevention is an important step of development in any society. The state, concerned about this problem always allocates funds for the creation of special institutions and documentaries

Imagine a man, regularly eating honey or drinking vitamins, in order not to hurt. If you ask him, they these funds from the disease, what he has to say? For sure, he admits, that hurts, but, probably, it hurts so many times, how much this happens due to the prevention. 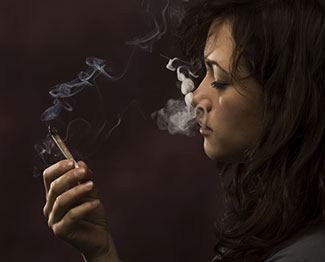 Many wonder whether it makes sense to prevent addiction

Believe me, all measures have their effect, they're just not as effective, as I would like. But don't blame the government, the number of drug addicts in the country is only growing. Let's consider all means of prevention, and draw conclusions.

Prevention of drugs should be carried out regularly, starting from school. Modern society often distorts reality, protecting children, it's wrong. Boys and girls have from a young age to understand, that drugs lead to poverty, spoil the health and cause loved ones to feel shame for this society. Only then boys and girls will not want to try toxic chemicals.

Don't think, that the fight against drug addiction the government should, because really, it owes nothing to anybody. And you owe it to yourself to live happily and safely, your children were healthy and were not interested in anything forbidden. But because the first most powerful tool of drug abuse prevention is parental care and upbringing.

Parents should become friends or mentors, not to give teenagers a feeling of misunderstanding.

From the early years of child development don't be afraid to talk to him about anything, including about such an unpleasant topic, as drugs and drug addiction in particular. Very well, if your stories will be complemented by examples from life. Don't be afraid to injure the child's mind, in the world there is nothing, what may surprise child. But the sooner he learns about, what are the drugs, the more chances, he won't be tempted to try them, becoming a little bit older.

There will not hypocrisy. If you do use these or other substances, but tell, what is wrong or bad, the child will arise to question the veracity of your words. Often children in families, where the drugs are parents, try them at the age of 6-8 years.

Second in importance and power of education child's teacher at school. The Ministry of education introduced the long class hours and lessons of security and life safety, where the teachers should tell the children about all the dangers, lurking in the lives of students. However, not superfluous will be to participate in drug prevention and other teachers, not responsible for conducting special lessons.

Be careful, if you have the privilege to teach children. Possible, your vigilance will save the life and health of the child, it is through high school students in school most often the drugs penetrate. Let us dwell on this means of drug prevention, as homeroom. This lesson is specially created for extra-curricular development and education of children.

At these sessions teachers show children movies, make posters and discuss the problems of alcoholism, Smoking, addiction, early pregnancy. Very useful not only to the teacher to prepare the material, but to give such a task to children. So students can Express their creativity and tell their peers about, it is really interesting and important.

In recent years, on television and on outdoor advertising (billboards, bus stop, metro) began to appear, calling to lead a healthy lifestyle. In clear and often humorous way signs and small clips on TV to demonstrate the harmfulness of drug use. Such advertising has a very strong action, because in the minds of people living myth, all, what's on TV is important and has meaning.

Ways to prevent drug abuse can be varied. Their main task – to reach teenagers and convince them that, that dependence will lead to chaos and ruin.

There are many means of abuse prevention order, to prevent the spread of addiction. This attentive parents, and responsible teachers, and social advertising. All of these methods are particularly effective in sharing.

Liked the article? Here you can share with your friends in social. networks and evaluate this record “Drug prevention”: