Many people, came from the East, are encouraged to learn about the unique plant – palm nuts betel. There is a special tradition to chew betel nut, which has existed for over a thousand years. Perfect proof of this are the numerous bloody footprints on the tracks, the sidewalks and walls, city. In fact it is absolutely not the blood, and the traces of spit from chewing plants. 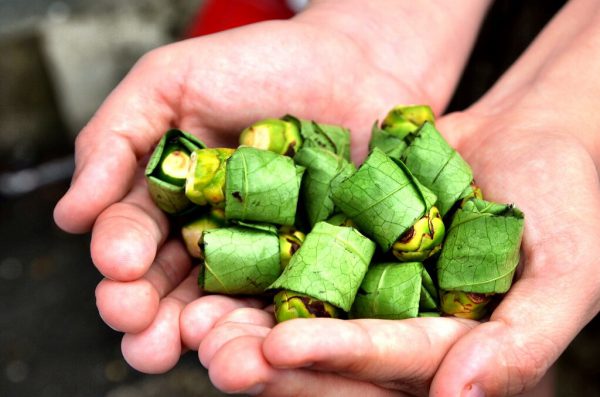 Betel – leaves, betel-nut and pepper. The plant grows for several years and can reach heights of several meters. It never fades away, constantly curls and green. Betel leaves have many useful properties. So they are actively used in folk medicine.

However where there are pros, there are cons. People, accustomed to have fun, could use the plant for their own purposes. Using it as a narcotic drug. And in case let only the leaves.

Tree with betel nut is a beautiful, slender tree, able to please others for decades. Often the trunks of the plants reach up to 20 meters in length. The tree also has a huge number of useful properties. However, more often it is grown for other purposes. To achieve a narcotic effect, from the tree to collect the fruits. Betel nut should be Mature, only then it can be consumed along with betel leaves.

According to numerous elders, an unusual habit began many years ago. To do this, create a special convolution, which include betel leaves, pre-slaked lime and finely ground walnut. Some gourmets add the anise, cinnamon, ginger, coriander or other spice. 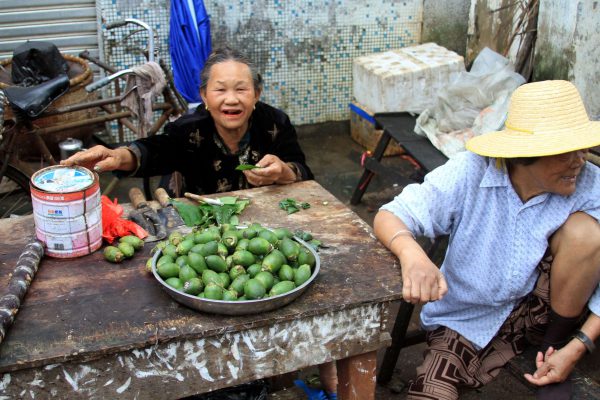 Buy the famous substance in Myanmar is not difficult. He represented a wide range in every market. It is sold alongside sweets, cigarettes. Usually next to the seller all necessary components, which, after receiving the order from buyer, he carefully shuffles.

Usually it is placed on the sheet lime, in the middle put the nuts and add spices at will. After which the leaf is neatly folded into a rectangle. Usually the buyer gets the bag, which contains several rectangles. Thanks to the extensive experience of the process is not time consuming and gives the trader a pleasure.

Getting their goods, a person can be accepted for its use. One bundle is placed on the cheek and start chewing. A seemingly innocent hobby, a serious chemical process, arising in the oral cavity. Derived substances in the process of chewing starts to rapidly flow into the blood, easy causing blurred head. Most importantly, actively released saliva can't swallow. Otherwise, it can happen poisoning.

It is important to note the habit begins to actively progress. For its strength it is not inferior to Smoking or drugs. So trying, the seeds of the betel nut to stop will be difficult. 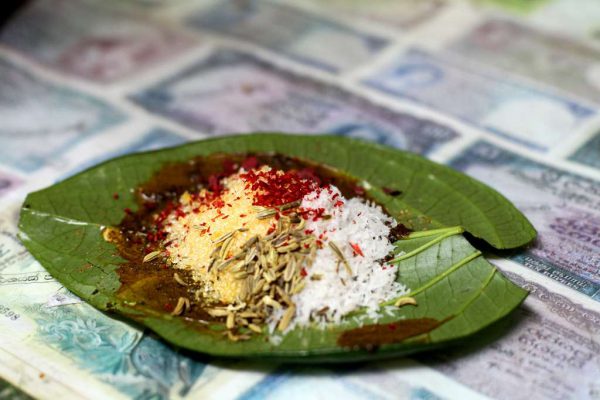 The dangers of betel nut for man

To identify among the population active "jeweley" is quite simple – a beautiful smile with black teeth will give dependent individuals. Usually it is senior citizens, although young men among them is enough. Moreover, it is necessary to understand, stained teeth is not the only harmful consequence. In addition, dependent get the following problems:

According to the statistics, residents of this town often die because of cancer. The disease is actively progressing, and due to the lack of financial opportunities, people are not able to cope with a terrible diagnosis. Chewing betel only aggravates the situation. Cancer of internal organ have people already 16 years – it's scary and inexplicable.

But despite this, the locals are not willing to abandon the betel. They collect nuts, chewed palm leaves and used gum from plants, to forget about their poverty.

Knowing, what damage to the human body causing seeds betel, the population continues its active use. Here it is actively eating the men of the city, and more than half of women. They do it at work, home, on the street, always. The main reason for such scary statistics is a reasonable price.

Allow drugs may even the poorest citizen. This is a great opportunity to relax and have fun. We also should not forget about the rich history, all indigenous people believe, it is a long standing tradition, to follow. To offer the guest a betel – hospitality. It is therefore considered a rule, that everyone should be able to create it.

Such attention to the habit even contributed to the emergence of special accessories, allowing to improve the process and make it a real ritual. For this was created special boxes, tweezers, spoon, trays and even the bowl. To possess such equipment, the real pride. The more masters are performing articles of precious metals – gold, bronze and silver. However, to have such can only wealthy citizens.

Why the locals continue to chew betel nut?

The people themselves are confident, this hobby is a useful habit. Thanks to her they get rid of parasites, quench the pain, and also good for the gastrointestinal tract. Here only in practice it appears the opposite result. However, the Burmese continue to insist on and actively chew, slowly destroying their own lives.

It is important to note, that the population is normal, spit, anywhere. Numerous prohibitions, signs and laws were pointless. People continue to spoil the appearance of the city, Recalling its centuries-old traditions.

Today, the town of Myanmar is particularly popular with tourists. The reason for this interest are not only numerous attractions, but the opportunity to see the preserved culture of the country. In modern society there are few countries, where the population continues to adhere to the traditions and rituals of their ancestors.

So going here, every tourist makes a real journey in time. However, we should not forget about common sense and taking the decision to try a popular plant, it is important to realize the seriousness of its consequences.

Liked the article? Here you can share with your friends in social. networks and evaluate this record “Just a palm tree with betel nut or terrible drug”: