Kat is a herbaceous plant, a home which is a hot country. The plant has a high content of cation, which is a drug. 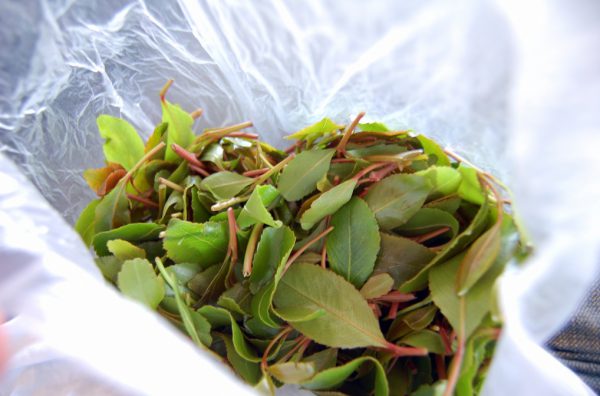 Description of the drug

This type of drug causes severe agitation and circulated among the lovers of the euphoric state. The use of narcotic drugs leads to the following negative consequences:

The drug is officially permitted in some African and Asian countries, in Europe, and also in the UK. The cation distribution in Russia is prohibited by law. Dry plant possesses a narcotic effect. Psychotropic substance is completely vaporized during the drying of the leaves.

The greatest effect a person receives from eating the fresh leaves. This explains the fact, that storage use plastic bags. In the future they transporterowych that way in many countries. The leaves of the plant do not possess a strong smell, felt only a bitter taste. To get the desired effect, if you chew the leaves for several hours. 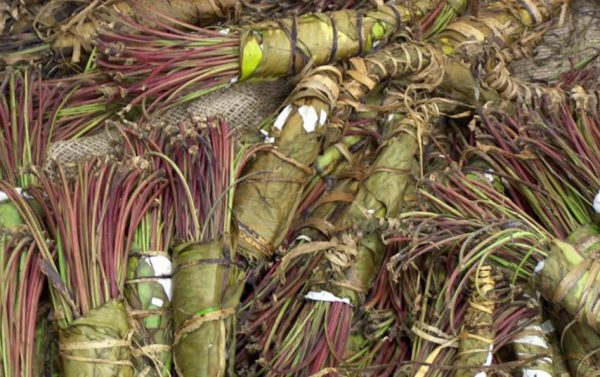 The drug is characterized by its unpredictable effect on the body. Each person reacts differently to the action of kata. Some users experience intense euphoria. Others are in a state of depression. Third there is a feeling of aggression. Some see the desire to commit suicide.
The effect of khat similar effect on the body of adrenaline:

Dependence develops unnoticed. Consumers do not have a feeling of fear of harmful consequences in the future.

People chew the narcotic leaves similarly, like chewing gum. They experience a pleasant feeling of relaxation and good mood. The action is due to the fact, that cathinone, entering the blood, affects receptors, responsible for the activity of the brain. If the leaves do not chew, he comes apathy and indifference to all others.

The cat is a danger due to the fact, he is a strong stimulant for the body. In the end, people can do the heavy work with the minimum requirements. He sleeps little and eats. As a result of long reception of kata develops a strong addiction. Is the destruction of the body from the inside.

The use does not cause these bright signs, as the use of hard drugs. To determine, that person is under the influence of this plant, can the presence of the following symptoms:

People under the influence of the drug can long time to perform the same unproductive work.

People, users constantly cat, begins to lose their human qualities. He can't think concretely and abstractly. Is damage to the nervous system. Kat stimulant effect on the Central nervous system. After long-term use may experience the following consequences:

The greatest danger the cat poses to the heart. Death occurs prematurely, on average 2 decades. With the use of poor quality of drugs a person can die later 7 years.

Welcome kata is an incredible surge of strength and energy. Addict it seems, he has great physical strength. It is capable of continuous operation, that affected his General condition. Through 3 hours a drug is no longer valid, there is a long sleep. Awakening does not bring relief, there is a strong irritation and fatigue. 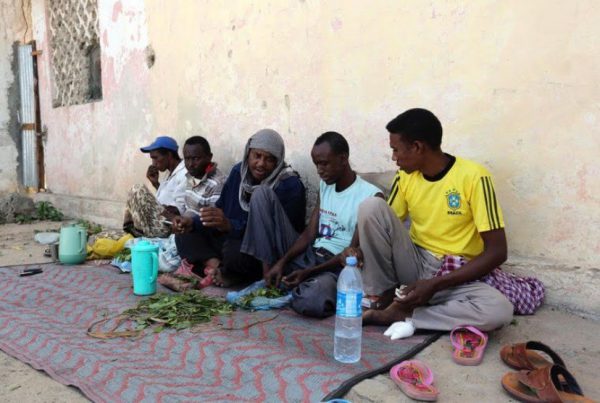 The addict is so dependent on kata, that could not even take food. Drug use during 2 years completely destroys the human body. People record disabilities, but most of the fans of kat dies.

The impact of kata on the psyche

People, host kat, marked psychological dependence. It is expressed in the following:

A person's mood in a short period of time to change from enthusiasm to indifference and apathy.

To overcome this dependence can, but the cation has a profound impact on the psyche. Man constantly feels a sense of fear and depression.

To get rid of drug addiction help rehabilitation centers. Addict carefully examined. In the future, he prescribed an individual treatment. The benefits are obvious:

People after a course of treatment cannot always resist drugs. Relapses. But with a strong desire to overcome the dependence on khat can, the treatment has the desired effect.

Liked the article? Here you can share with your friends in social. networks and evaluate this record “Cat herbal drug”: