In modern society there are many different alcoholic beverages. A special place among them is sherry. It's time to get to know him better. 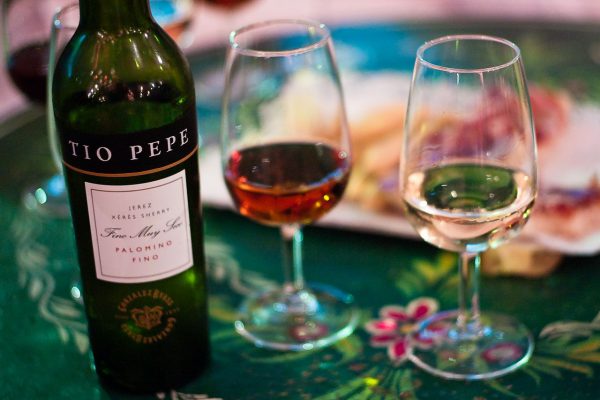 Sherry: what is this drink

The term sherry imply a special fortified wine. Sherry wine production happens thanks to a special white grapes, growing on the territory of Spain. Amount of alcohol depends on the varieties of varieties, and can achieve 15-22%. The same goes for sugar, it ranges from 0,5 – 400 grams per liter.

Sherry differs from other wine beverages. The reason is the existence of the fermentation of grape must, occurring under the film sherry yeast. This, minor at first glance, the phenomenon can be attributed to its brand, with a rich pedigree.

Today sherry to buy in Moscow is difficult, especially if we talk about the present, quality product. He was given a special honorary place as king. He has a special property and even at the meal with the eating fish or smoked, its taste remains the same.

The drink involves sophisticated fragrance, containing several different faces. It can be a touch bulbous, walnut, almond or resinous taste. Sometimes you can catch the chamomile, cherry notes. Thanks to which the wine is delicate, harmonious. Therefore, it is important to know, how to drink sherry right while enjoying every SIP. 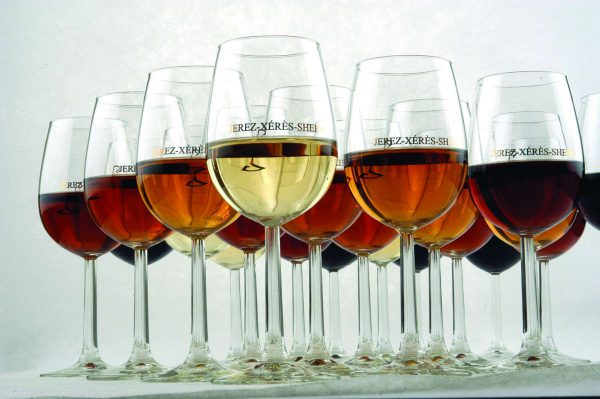 The production of sherry practiced long ago. The first mention of it appeared in the distant 17-18 century. The birthplace of the drink was the country Andalusia, often under assault by the Romans, the Moors, vandals. Active change of the inhabitants provoked the disappearance of the first Chronicles about the true pedigree of the drink. Although there are data on the place of germination of a powerful vineyard. It is located on the territory of the Spanish region, where particularly prolific Palomino. The reason for the growth is Mediterranean climate, good soil.

To get a real drink, you need to create great wine, which must be well through the process of fermentation. For the manufacture of quality beverage use only completely ripe grapes, which are assembled by hand. Then they are placed in oak barrels, where active stage of fermentation of the wort. After a whole winter drink is clarified naturally, and with the onset of autumn with it to give it a whirl. Based on the taste, the decision on the exact number of strongholds. 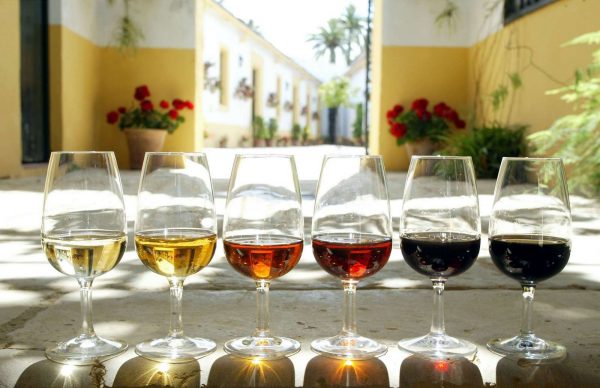 There are several popular varieties of sherry:

Heres to by in Moscow for a romantic evening. Because the combination of drink with the sweets is just perfect.

It is worth noting, that sherry was loved by many famous personalities. They admired Shakespeare, who sang drink. British king Henry I, was also in awe of him. Thus, world history intersects with exquisite wine, who today can enjoy wishing. Of course, it has a corresponding, but to touch the beautiful, sometimes do not feel sorry for any money. 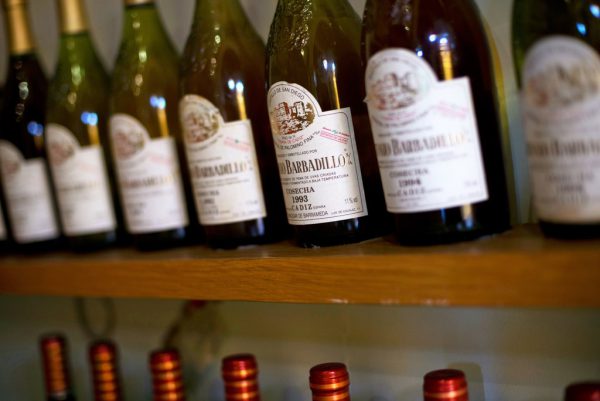 The benefits of the beverage

About useful qualities known for a long time. So. In 19 century doctors explained in detail, how to drink sherry. You have to do it solely small SIPS, getting an incredible pleasure. And to use it daily consulted, in small doses, without fear of health.

Today a similar opinion. Scientists were able to prove the benefits for the heart. However, it is necessary to drink just one glass. Alcohol abuse can seriously harm even when drinking this elite products. Harm can be caused to the liver, the kidneys, the digestive tract, the cardiovascular system. So you need to be very careful, excessive consumption of dangerously high likelihood of negative effects in the body.

Gorgeous sherry was able to gather around him a lot of positive feedback. Even the most refined connoisseurs of this taste made it into the list of the best. However, to buy sherry in Russia too expensive. Its price is inflated several times. So going on a trip to Spain just need to go to local wineries. To remain indifferent after the first SIP just will not work.

Liked the article? Here you can share with your friends in social. networks and evaluate this record “Sherry: characteristics of a drink and the risk of abuse”: