Excessive consumption of alcohol always threatens unpleasant consequences. However, when talking about the emergence of bad habits in elderly situation has seriously changed. If you rely on statistics, today's elderly alcoholics has become increasingly common – it's sad.

Moreover, the data are changed annually in the negative direction. The number of drinkers among the elderly is constantly growing. Many of them are convinced of the innocence of their actions. Here only in practice formed a completely different picture. 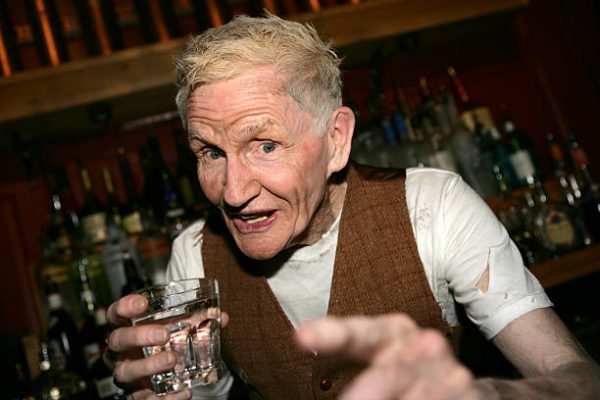 Often the alcohol in the elderly is slowly embracing man. The accident begins with Friday's respite, but gradually becomes unable to stop. The desire to drink, forget the problems become rules of life, flowing in a habit.

Elderly alcoholics real problem of our time. However, to identify the exact number is difficult. But one thing is for sure, a bad habit does not go unnoticed. Binges gain serious form, cause the development of serious diseases. Everyone knows, each year, health becomes weaker, and if it is subjected to constant contact with alcohol situation further deteriorate.

Causes of alcoholism in retirement

Old alcoholic of today is quite a frequent phenomenon. It usually develops on the background of active drinking alcoholic beverages at a young age. Although the causes may be other. The most common of them are:

More often it is the loneliness forces you to take a shot. The desire to forget, to escape from inner emptiness. Bad habits in old age have a completely different character of course. 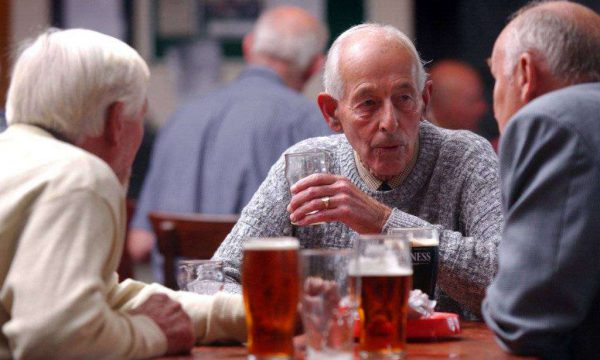 The combination with medications

Any alcoholic beverages, even the weakest forbidden to combine with drugs. However, many people know, older people are constantly in need of certain drugs. They have pills to support the owl's health. Therefore, the use of alcohol they just contraindicated. Otherwise the consequences of this combination can be tragic. Older alcoholics are at risk of dying prematurely.

At particular risk are those, with chronic pathology. Development risk complications reaches a critical level. Can't drink people, having the following health problems:

In these situations, bad habits in the elderly are a major threat to the existence of. 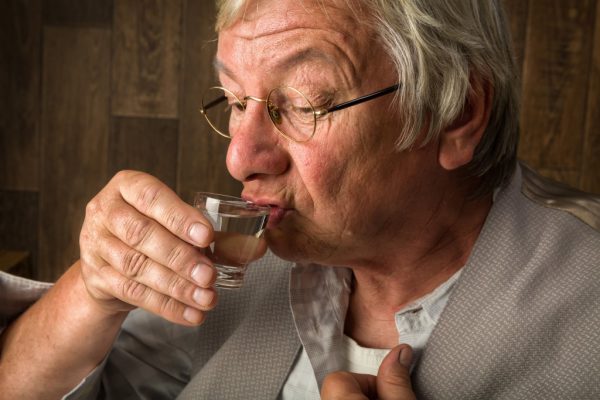 The use of small doses of

Alcohol in the elderly can have a positive reaction, but only when used in small doses. And in addition, employees must adhere to and other recommendations:

Only at observance of all recommendations, alcohol in the elderly can sometimes be present in small dosages.

The excessive use of intoxicating beverages in the elderly is fraught with the development of deadly diseases:

Each of them can appear in the case, if the old man alcoholic drinks steadily throughout 4 months. 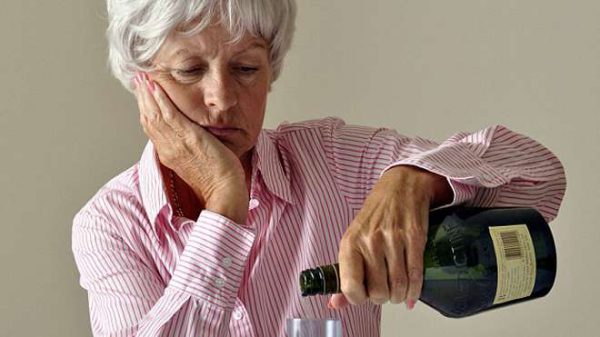 Treatment of addiction in the elderly

In old age to cope with the disease becomes more difficult. Usually the therapy is done in several methods:

For a successful outcome, it is important to choose the most appropriate method of treatment.

The peculiarities of alcohol addiction

Slow the aging process takes its toll. All chronic diseases become aggravated, bodies wear out. Therefore, alcohol only exacerbates the situation. Its decomposition is significantly reduced. The liver is not able to work in a former mode. Elderly alcoholism is characterized by a number of characteristics of the flow:

The main feature is the low efficiency of treatment. If a young man can easily go to rehab, after which it becomes fully healthy, the elderly have little chance to establish its existence. It is important to seek help.

Liked the article? Here you can share with your friends in social. networks and evaluate this record “Alcohol addiction elderly”: