Addiction is sweeping the planet, skirting her again and again and getting more followers. Who is likely to become an addict? You could say, all, but this is not true. In this article we will look at, who is most likely to get hooked on drugs, and what are the reasons, this encouraging.

Who is at risk?

In fact, addicts often become the most vulnerable social strata. When a person has a family, work, hobby, friends, it is much less likely to become a drug addict, than humans, that (this rule, but there are exceptions). After all, when life is reminiscent of the fight, you want to go away for a while. Of course, no more powerful means, that would help to securely get away from thoughts and problems, what drug. Alcohol is also a good idea to drown all the sad thoughts, but the drug at the time qualitatively changes the perception of life. So, in the first group risk poor people, those, who lost his job, has no family or have lost, faced with the betrayal. In fact, these people need ordinary human care and support, but drugs can get ahead of a friendly shoulder. According to international data, the risk group is formed 70% of the total addicts. This includes children from disadvantaged families, adults, whose dreams are shattered, or whose lives failed, those, who has experienced great grief and was on the "sidelines of life". 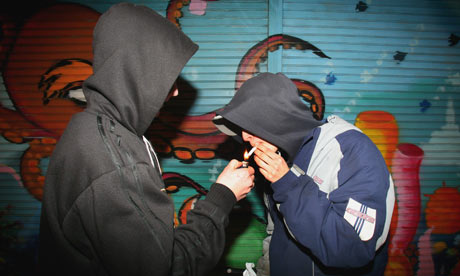 Teenagers are the first at risk

The second group – the most numerous – are teenagers. Developing not only at home or school, but the friends on the street, at the disco, guys like no other are more vulnerable to drug. Fashion, the desire to be "cool", the opportunity to experience something new is very enticing. In addition, the teenagers writhe with their growing up, problems with adults, and because experimenting with illegal cigarettes, alcohol, try drugs. According to sociological research, addicts become today 12 years(!). 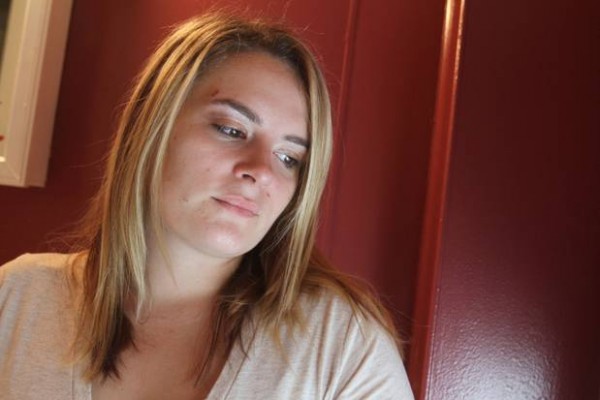 A person can be all, and he wants more

A third group of people – those, who has everything and just needs the thrill. These people are fed up with life, they can afford anything, and they are boring. Yes, they have a home and work, machine and not even one, but there is something like that, that will please them. After all, as you know, not in money happiness, it to "the rich", which "too cry". Drugs are a kind of reaching out to new, hitherto the novel world. Such people are not so much simply for the reason, what to boast of good material well-being, not everyone can. Meanwhile, people, whose wealth is even higher just the high-level, almost certainly tried drugs, and one in five of these people – junkie.

Having dealt with those, who is the most potential victims of drugs, refer to the factors, which create a problem called "addiction":

Social causes. The lack of money, housing, work makes people unhappy. It appears at the bottom rungs of the social ladder and sooner or later understand, he was tired to climb up. Someone offers him drugs, and he thinks, it has found a way. Instead, it continues a March down.

Causes psychological. Very often the distributors of drugs play trouble people. In this they are very similar to the representatives of religious sects, who just "flock" to the grief of others in order to supposedly help or comfort. The loss of a loved one can cut the ground from under the feet and cause utter unwillingness to live. The simplest idea, millions of people daily lose their loved ones, can't come up with that, those suffering from moral pain. In this case, after trying a drug, the person feels relief.

Another psychological reason is banal boredom. Boredom affects teenagers and young adults. These members of society simply have not yet learned to live and get a real buzz from travelling, love relationship, favorite work. It seems, anything they will be surprised and will not be happy. Instead of looking for themselves in sports or science, such individuals with a languid kind of experimenting, trying to find something new. Drugs will be the opening, true, in a very short time.

Social and psychological factors clear, but is there any biological predisposition to addiction? Today the doctors are talking about the same group of people, born with the features in biochemical processes. For example, there are those, who has a consistently low level of production of endorphins, and feel this kind of depression. Endorphins – the so-called "hormones of happiness". These people have a lower pain threshold, prone to mood swings. Possible, tried drugs once, they will want to repeat the vivid sensation again. We can say, that such individuals are harder to resist addiction, but the question here is solely in the desire and willpower. Therefore, the main causes of the drug problem is a social or psychological.

Meanwhile, in all this there is the positive side – a person can eliminate addictions overnight, quickly and inexpensively, once again, becoming an independent and free. The question is only in the desire. If addiction problems for you – not an empty phrase, no need to put your hands. Believe me, what, like any other addiction, addiction is treatable. Don't believe, what ex-addicts does not exist – it is the bike, invented by drug dealers, to longer not to release the hostages according to. On our website you will find a lot of articles about how, how to deal effectively with drug addiction and how to beat it forever.

The problem of drug addiction is sharp enough for any country, for society, for the family, in which suddenly appears the person dependent. Reasons, causing cravings for the forbidden substances, there are psychological and social. People, regularly inject drugs, becomes disabled, antisocial, indifferent. To save people from addiction, of course, need the help of others. But in the first place in the fight against drugs will be the desire of the addict to be healthy and independent.

Liked the article? Here you can share with your friends in social. networks and evaluate this record “The problem of drug addiction”: