Speaking about alcoholism many are convinced, that's a problem of older generations. But, unfortunately, children are also susceptible to this terrible disease. If you believe the statistics, every year children's alcoholism is gaining momentum, capturing your network, more and more innocent kids.

Particularly acute problem is felt in the collapse of the Soviet Union, and today turned into a global catastrophe. Experts believe, blame the destruction of the moral-psychological barrier. After all, he restrained the people from that, that would be available to distribute and consume alcohol.

The cursing factor is the age of alcoholics. If earlier it was plague adults, they soon become dependent and teenagers, and nowadays children's alcoholism had affected children aged 13 years, and sometimes even younger.

The causes of child alcoholism

Enough to watch TV, a newspaper or log in online once more becomes clear. Media convince, that alcohol is a harmless way to brighten up your leisure time. Even the usual friendly get-together can't do without it. Thus, pupils have postponed certain information.

They are convinced, that the spirits – cool, fashionable, modern. Here are the consequences of child alcoholism much worse, than it might seem. About the Association forced them to stand absolutely on the wrong path. It is understood, the abuse of any alcohol-containing drinks is fraught with serious consequences.

Treatment child alcoholism is a serious problem, but often the fault of the disease become own parents. And it's not just about dysfunctional families, where drinking relatives is a natural phenomenon. The reason may be even innocent at first glance, the decision mom and dad, drink a glass of wine in their presence for dinner. After such a teenager starts to form wrong thinking, he is convinced, that there is nothing wrong. The more adults are allowed to do it. 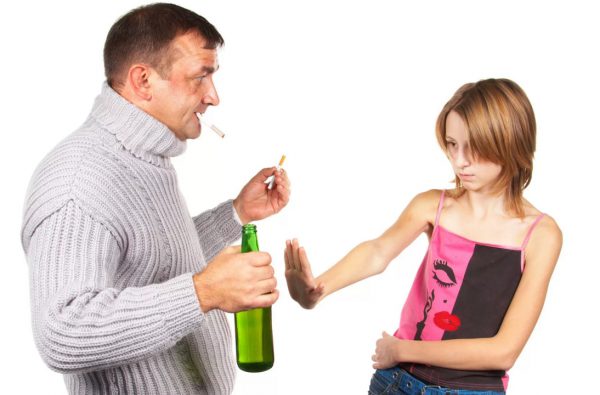 Children's alcoholism is often caused by lack of proper attention from adults. They are busy with their own Affairs, constantly at work, as a result, the child is often left alone with their problems. Gradually an innocent hobby – to drink a glass, turns into a terrible addiction.

But it is not always lack of focus leads to disease, sometimes excessive protection leads to, that the kid gets tired of the control. He considers himself an adult, independent. Therefore, the use of alcohol not to see anything abnormal.

We should not forget about the bad companies. The guys get together, trying to prove to each other their cool. Alcohol is usually purchased for pocket money. That's only they are completely wrong ways. After all, alcohol, drugs, cigarettes are totally opposed to the concept of cool.

The consequences of child alcoholism

We all know, that systematic abuse of harmful habit can lead to some serious consequences. And for an adult, and what about the yet unformed body. Alcohol can cause dangerous consequences. Even treatment child alcoholism does not guarantee full recovery. 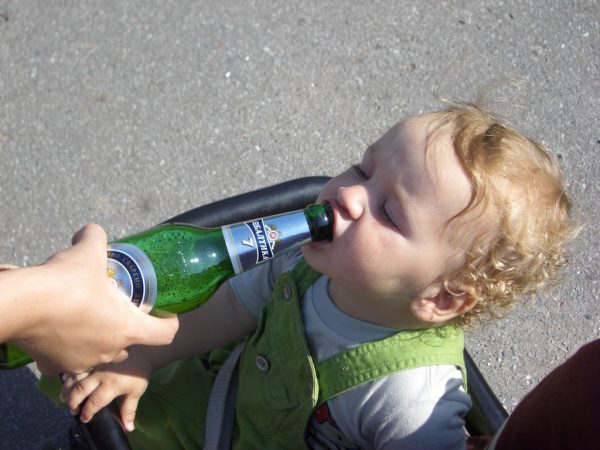 Because at a young age continues with the formation of the nervous system. In the use of intoxicating beverages can cause problems with memory, appears lethargy, but logic and thinking to a serious blow. It turns out, the body has not yet formed, and already suffering, destroyed. The processes are not reversible, the probability to lag behind in development increases significantly.

In addition, it is impossible to forget and about other violations, which relate to:

In the body of any person, there is a special enzyme, able to split the incoming alcohol. That's only in young body, he's not active enough. Therefore, the process of intoxication occurs much faster, and this increases his damage.

Subtleties in the treatment of children's alcoholism

The great difficulty in the treatment of children's alcoholism is the quick formation of dependence. Adult if it takes years, teenagers after months of abuse start to feel a strong need. If left unchecked addiction, it may develop into a running degree, get rid of that alone is almost impossible.

Realizing, that favorite child got this bad habit, no time to lose. Parents should do everything, to bring it back to a normal existence. Should know, whatever the age, the alcohol has a psychological background. You need to find out, why the teenager decided to commit to a bottle, the only way to try to help him.

Should involve therapy experienced therapist, which will help to establish contact with the patient. Medication in this case is not practiced. Many prescribed medications carry with them some side action, which can cause poor serious harm.

Prevention of children's alcoholism is the interviews, conversations. The teenager needs to understand, what harm does alcohol. The best way to help him is the support of parents. They can go on vacation with family, or burn it to an interesting section. Fascinating hobby, will deliver him from negative thoughts and will make again to rejoice in each new day.

Liked the article? Here you can share with your friends in social. networks and evaluate this record “Treatment child alcoholism”: