The is unnoticed, but surely screwed us in the head with the stereotype, what to drink fashionably, correctly and almost useful. And if not useful, once you don't drink – you're not cool. Teenagers like no other trying to find themselves, your way, and therefore gladly accept such tips. And that in the end? The gene pool of the country is sliding downhill, being fond of Smoking, alcohol and drug. In this post we will talk about, how to stop drinking teen. 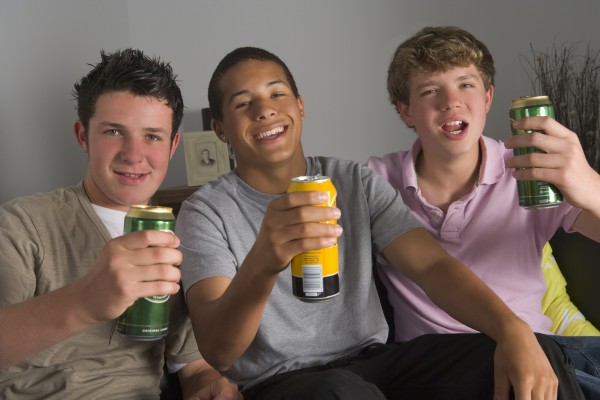 The reasons for the universal fascination with a few Beers. The advertising is doing its job, but also beer available, is inexpensive and released the youth without any problems.

But the main reason most people, including youth, don't think beer is harmful drink. Alcoholism is in most cases associated with the consumption of vodka, but not beer. Meanwhile, it adolescents run the highest risk of becoming alcoholics.

Almost all parents fear the worst. "Smokes? Let him smoke, not pot main, and will not a drug addict". "Beer drinkers? Well, beer is slaboalkogol, nothing wrong, better beer than vodka". Parent just uncomfortable berating teenager, if that after walking is detected by the light fume. "Yes, we had a bottle of beer". And honestly, and again, beer is the same as, nonsense.. It turns out, choosing the lesser of two evils, the parent just gives the child for beer alcoholism.

Video "How to stop drinking beer"

How to get rid of bad habits?

Very well, if the young person asks the question attached to it. But that may not happen. In this case, it will help some motivational factors, which we will discuss below.

Teenagers – people complex, because they do their best to grow, to look older and hipper. These reasons often push children into the clutches of beer dependence. If your child began to drink excessive amounts of alcohol, you need to act!

Liked the article? Here you can share with your friends in social. networks and evaluate this record “Teenager drinking beer: what to do?”: