Amber color liquid with prickly taste with bubbles, aroma of wheat and hops.. This divine description of drink – a well-known beer. So it presents us with advertising, with a cap of foam, noble-Golden tones, causing universal delight and uplifting. All I know, that vodka is bad, but the beer? Light alcoholic (and sometimes soft) drink? What is the harm of beer and why it should not be used, we will discuss in this post.

From ancient times to the present day

It is unlikely for someone to become the news, that beer is known of our peoples for a very long time. If honey beer is described even in children's fairy tales, it is clear, this drink is not considered bad or harmful. 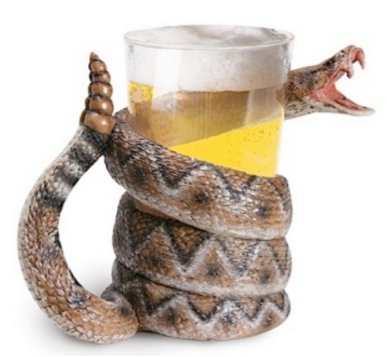 Once the peasants after a hard day in the field spent their evenings in taverns and tavern, ordering a mug of beer. Now, nothing has changed – after a hard week at the office want to relax with friends or alone in front of the TV.

Beer is not only refreshing, but and relaxes, and in company with croutons or nuts is a great dinner. But you have to realize that, something beer, which is drank by our ancestors one hundred, fifty and even twenty years ago is very different from modern beer.

Perhaps, therein lies the greatest danger of beer – modern drink has such a composition, what traditional, familiar to our ancestors beer it has nothing to do. Talk about the dangers of this alcoholic intoxicating liquid, then you make conclusions for themselves, should you drink this drink, or not.

The harm of beer is considered a kind of myth. This misconception appeared due to the advertising companies, which show happy people, sipping beer crates. It's time to dispel these advertising haze, beer – harm, it's a scientifically proven fact!

Beer is not a alcoholic beverage

No one wants to be an alcoholic, as it speaks of weak character and poor willpower. Although the consumption of beer quite often it is about alcoholism and says, indeed, in most types of beer the number of revolutions is 7 to 10%, and some comes to 14! Those, who lived in Soviet times and had the honor to enjoy the beer of those times, will remember, what if the strength is more often than not exceeded 2-3 revs (Zhigulevsk and Moscow). What happened, so changed the recipe? Nothing happened, just the manufacturer it is very easy to "get" to your product consumers with increasing alcohol content in the drink.

Danger first: calling a beer "low alcohol drink", the manufacturer is lying, in order to reduce consumer vigilance! Even without addiction to alcoholism, people get used to this "slaboalkogolnye" and after 2-3 months of use a couple times a week unwittingly increase the dose.

I hope, that you don't have to attend the autopsy of a man, suffering beer alcoholism. Otherwise, you will suffer shock at the sight of the heart of such a person – it is increased by 3-4 times in comparison with the heart of an ordinary person. It is not a coincidence. It is the heart that suffers primarily from frequent use of this drink. 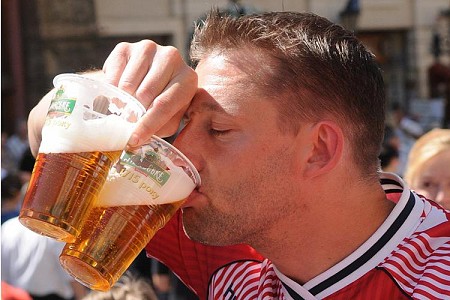 The heart cavity and wall "the most important" muscle thicken, the mitochondria are reduced to blame for everything cobalt. It is this chemical element is present in beer, and its contents exceeds the allowed norm is harmless to humans in 5-10 times. Cobalt plays a very important role in the drink – stabilizes foam.

You're like a beautiful, thick foam?.. May not like, maybe even you can't stand it, but the manufacturer does not care about your preferences. That's why he's your favorite flavored product with cobalt, what about you and your heart, it is of little concern.

Cobalt is not the only threat to heart. Those, especially who often consume beer, over-saturate your body with carbon dioxide, the vessels increase in size, increasing the heart. Heart muscle with each passing day becomes increasingly flabby and her increasingly difficult to work steadily, pumping blood.

The second danger: sick increased, but a weak heart, that with each drunk bottle of beer weaker at pumping blood through the body. Plus, pronounced varicose veins.

This term – not random. Any man after thirty and forty years of age can look great, and boasts a so-called "beer belly". On the one hand is the effects of cobalt, entering the stomach, causes of the destructive effects of putrefaction. On the other hand together with a drink fans to "relax" absorb countless no less harmful crackers, chips, nuts. All this greasy fast food – the same deadly weapon for the body, like beer. Laying every day this calorie bomb, people alone increases your weight and mutilates herself beyond recognition.

The danger of the third: ugly belly pillow, which gives a man his vicious and low weakness to alcoholic drink.

Men love to discuss women's Breasts, but hardly will be delighted, if you hear, they have very nice Breasts second or third size. This is not a joke, after all, a beer like no other medium can help to increase Breasts.. true, alas, only men. The dangers of drink is that, it contains a huge amount of stabilizers in the form of phytoestrogens. These substances similar to female hormones – potent drugs, which men can take only when sex change. 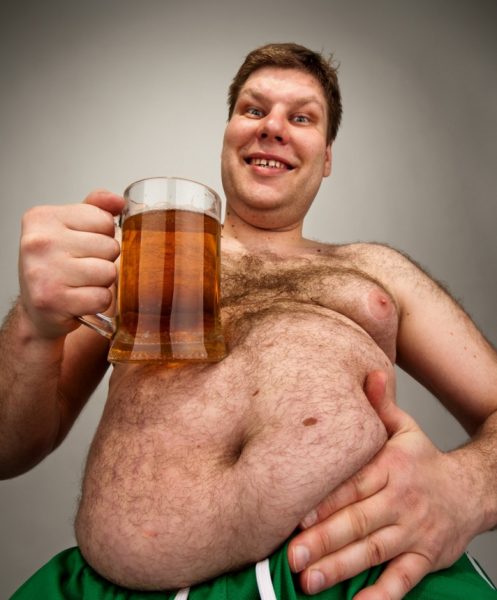 Beer belly – it's horrible and disgusting!

Most men are not even aware, each bottle of beer is a small step from himself in the direction of effeminate creatures with enlarged Breasts (gynecomastia) and rasplyvetsya fat thighs. But, of course, most damage to the hormones are not external appearance, and functioning of the reproductive system.

Seven – ten years of use 2-3 liters per week men become impotent without a chance for cure. And why should be treated, because by this time the female will completely cease to worry about man.

Women extra phytoestrogens also do not need. If men, these substances make feminine, women on the contrary, more manly. Beer mustache, increased hairiness of the hands and feet, the coarseness of the voices are the effects of drinking beer for women.

The danger of the fourth: mutation under the influence of hormones. Men turn into women – beardless, with Breasts and hips, while women grow a moustache, increasing hairiness and coarse voice.

Enlargement of the liver

Those, who consume beer more than three or four years, I know firsthand about that, what your own liver, they may well feel your fingers. Such a diagnosis (palpable liver) put all the beer drinkers a reason – the liver day and night, the withdrawal of toxins, and also dead cells together with urine, but because she is aging much faster, than the liver of an ordinary person.

The danger fifth: the liver is the main and the only natural filter, standing in the body of each person. Several years of drinking the amber liquid incapacitate the filter, leaving the person alone with all the toxins and poisons.

Watch this informative video. He carried out a simple experiment and got the results, proving, that beer is not harmless.

The dangers of beer lies in the fact, most people just don't know anything about it. Advertising presents us drink noble, with a beautiful white foam, but this is only the wrapper of the package from the poison. In the composition amber liquid consists of harmful toxins, cobalt, hormones, stabilizers, designed to maintain freshness of the beverage, but not the man. The risks to the lover of this drink? Reasons for concern a lot is at stake heart, liver, stomach, kidney, reproductive system, brain, appearance. If you want to live long, and most importantly, healthy and happy, pull yourself together and get rid of this habit.

Liked the article? Here you can share with your friends in social. networks and evaluate this record “The dangers of beer: why you can not drink this drink?”: