Alcoholism is a serious disease. This disease we mentally associate with vodka, brandy, well, certainly not with beer. Beer is what? Low-alcohol drink, which even difficult to get drunk. So most people think, and seriously mistaken in this case. In fact, beer alcoholism is a serious disease, which begins quite innocently, and therefore, more scary. Talk in this article about symptoms and signs of alcohol beer.

Why beer can lead to alcoholism?

Where beer and alcohol where? It seems, that is infinitely far away from each other. In fact, these two concepts are even more close range, than, for example, the vodka alcoholism. Vodka is dangerous – everybody knows, and because most adults still trying to accept it consciously, for example on holidays. Beer with alcohol is not associated at all. 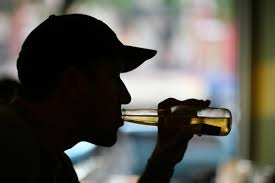 Beer – not harmless drink, a possible cause of alcoholism

This drink is considered as an easy and harmless way to relieve stress, relax, no more. There it was! If the beer is presented to us as slaboalkogol, that doesn't make it so. In fact, this drink contains from 7 to 14 percent alcohol, that maps a half-liter bottle of amber liquid from 200 grams of vodka.

People are not aware of the dangers of beer, but the brain is still, in what form do you supply alcohol and he's suffering the same, from half-liter bottles of beer, that from a couple of shots of "white". It is therefore hardly surprising, love to drink within a year or two fastens you have a beer powerful bonds of addiction and turns into a real alcoholism.

Dependence – it is a disease, which has expressed symptoms. Only the blind or indifferent people did not notice, what his family something is wrong. Review the list of signs of addiction. Even if you or your loved one in the presence of all these signs, but only some of them, this suggests, it's time to be alarmed.

Symptoms and signs of alcohol beer we found, but what to do next? Actually, "evageline" almost never turn to the psychiatrist, do not want to receive or deal in any other way. And know, you, most likely, will not make. Why, after all, beer not vodka? 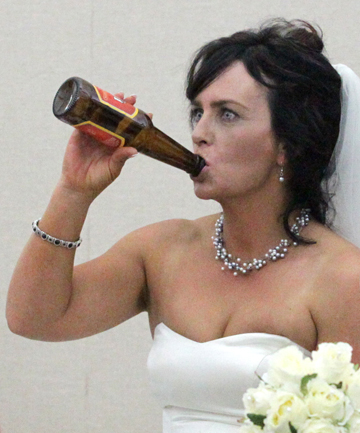 Alas, each of us lives is a profound mistake, which can seriously spoil life. If your loved one has a dependency, act in such areas:

Talk. Just say, that conversation will be very unpleasant. Even pointing to the obvious signs, you will get resistance, what do you think all this, Yes, and you look no better, why do not you teach. No offense, after all, the most difficult to admit your weakness, especially if the weakness is alcohol-related.

Read the articles about the dangers of beer, study material, and then start a serious conversation. Tell us about all the negative, that carries beer in a person's life, and promise to fight together against the disease.

Motivate. Tell the person about the, what difficulties with health and appearance is waiting for him, if he will not give up their addiction. Possible, "pyogenic" no idea, what kind of danger he puts himself, eating so often favorite, but it is a poisonous drink. Convincing arguments, photos and videos can be very persuasive.

Be fooled. We are talking about, so the trick is to keep man away from the ability to drink. For example, at the time of discard of visits to pizzerias and other fast food outlets, where the beer itself to ask in addition to food. Try not to gather for some time with friends, if booze is a must addition to meeting.

Blackmail. This method may not work, therefore, it must be applied carefully. If you depend on your boyfriend or husband, and you know, how gentle he treat you, I can say, to choose – or you, or beer. True, many men go to the principle and is misleading, choose beer if only in order, to view, how you behave on.

In any case, for getting rid of a dependency, you need only one thing – the desire to "pelagonija". You can only push a human to the path of truth, where there is beer and other alcohol. Negatively impact the entire body's dependence beer. Symptoms can be seen with the naked eye!

Dependence of the beer is quite clear signs, and therefore not to notice the disease is simply impossible. If you find some signs of beer addiction, we must act!

Liked the article? Here you can share with your friends in social. networks and evaluate this record “Beer drinking: symptoms”: