Each of us has bad habits. Someone who likes to eat, someone who likes to sleep, and someone addicted to cigarettes or alcohol. Other dependencies for a decade, and even more, and to get rid of them still cannot. What to do? The first option is to do nothing, and to live until death, and the second is to fight the disease and successfully to defeat her. But you can't always win this fight, sometimes a hundred times throws, and then comes back again. Possible, it is not the right motivation – you just can't find for themselves a reasonable explanation to get away from addiction. In this post we will discuss good reasons to quit drinking beer.

Than bad this addiction?

"Dependence on beer?.. As something serious!!!" – such a proposal can cast a scornful everyone, who this disease has no. 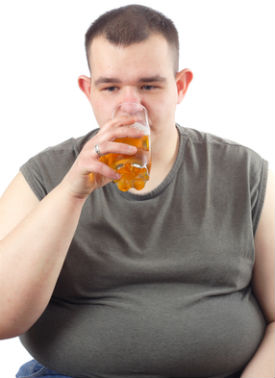 Beer not only leads to alcoholism, but ruining the appearance of the person

Those people, that completely indifferent to this drink, consider the dependence of amber liquid thing invented and over-cultivated society. But try telling that to a man, who can not imagine a day without a pint! It starts all exactly the same, and corny sometimes, with friends, in a small number.

Parents, knowing, that their children drink beer, breathe a sigh of relief – well, not vodka also, and thanks for that. Some whole life, drink the bottle once a month and grief do not know, but it's one percent of one hundred.

The rest of the people gradually increase the dose at first was a bottle in a month, then the bottle on the weekends, then a pint at the weekend and a liter of "at football", then half a liter on weekdays when the meeting.. It does not take years, but people are already drinking your favourite drink as a tea, every night. And it is not reproach – not vodka he's drinking, and slaboalkogol!

But I think outside observers, dependent and mentally in a panic. After all, he does not see life without beer, in the morning he had a headache, the belly is growing by leaps and bounds, and interest in women fades as if without reason.. The reason is – and this beer. Reasons to throw beer also has. We will talk about them below.

Health – this is the main reason, to stop drinking beer

Sometimes seemingly healthy people can be sick and tired inside. With those, who is "sitting" on the beer for two to three years it usually takes place – the abdomen and chest is still not significantly increased, impotence yet, and here's something wrong already with health. This is evident in morning headaches, the difficulties of overcoming steps, inability to perform normal physical exercise, indigestion.. If these symptoms do you have, you have a hidden beer alcoholism, that is, the implicit manifestation of the symptoms. Right now the easiest way to stay. If everything is running, and you "sit" on the poisonous drink years, then you the more important it is to stay now. 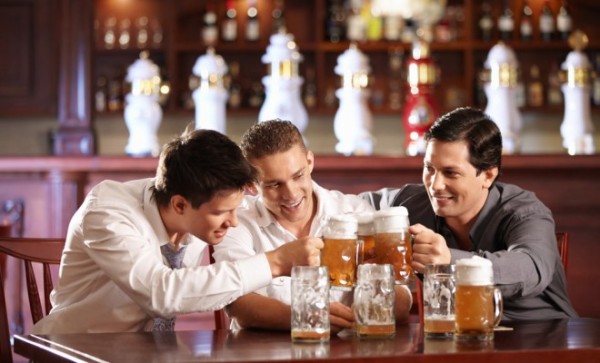 Enjoy a drink with friends, what could be more important? Only you and your health!

Contained in beer cobalt, zinc, estrogen will not make you anything good. All of these substances will undermine, like venomous snakes, your heart, stomach, reproductive system and liver until, not yet will drive you to the grave.

If you want to live as long as possible and feel while not an old wreck, a young slender man, beer need to get rid of. The secret of deliverance is simple – you should hold out for a month, and you'll never want a drink already!

Of course, a healthy stomach is related to the motive of the first, but still want to stay with this point in more detail. The fact, that although beer is called "low alcohol drink", all this is done more for the blind. Contained in this beverage fermentation products a very negative effect on the mucosa and the esophagus. Regularly drinking certain amounts of beer, you cause irreparable damage throughout the gastrointestinal tract. Worse stomach secretes hydrochloric acid for digestion, and sooner or later does atrophy.

About the heart also need to say a few words separately. "Beer heart" has a very pathetic – huge size, but weak, with enlarged and soft walls. Such a heart – the effect of cobalt, which is used in beer to stabilize the foam. The result of alcoholism for many people are getting heart attacks and strokes, as well as the blockage of veins by blood clots. 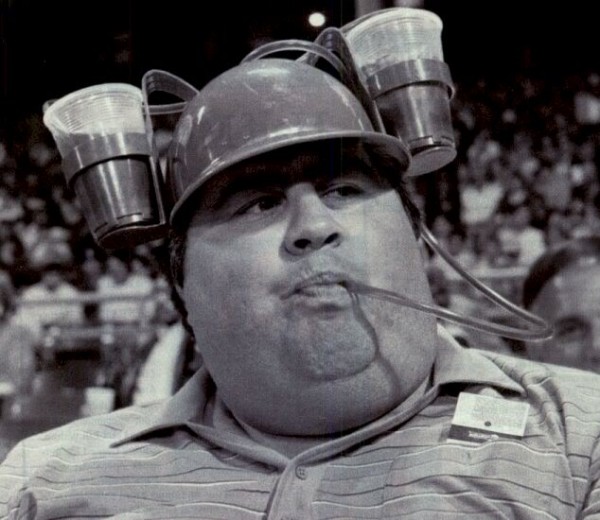 Beer destroys the brain as well “effectively”, like vodka

Thankfully for women, not all men are metrosexuals, and have a very manly appearance. But that masculinity can be seriously affected, if too carried away by the beer. As you know, in this drink contain estrogen, which is very tricky to treat men. Big Breasts, chubby thighs, unappetizing stomach – here's what to do with a guy after four or five years the tendency to alcoholism. Stop, until it is too late!

If a man does not know, how to quit drinking beer, you should show him old pictures, where he looked fit and beautiful. Beer dependence greatly affects the appearance and figure.

Estrogens are ruining the appearance, but the most destructive they affect potency. As practice shows, after three or four years of drinking sexual attraction to women is reduced, through 6-7 years is a rare sporadic, a decade of beer alcoholism makes men impotent without the ability to recover. Isn't this a serious reason to stop drinking beer?

The brain suffers from beer addiction

Known, the alcoholic brain size is less, than the human brain healthy. This is due to the fact, that brain cells die off due to the effect ethyl alcohol, and do not have time to recover, how to get a new dose of poison. If you think, that "beer – vodka", and drink this drink often, without fear, then you are making a foolish mistake.

In the beer contains from 7 to 14% alcohol (vodka, as you know, 40%), but the man who drinks vodka 100-200 grams, and beer you can drink and a pint, and two. Out, the brain suffers the beer as much, as the vodka, it is only in the number. If you don't want to lose clarity of mind, sober thinking, erudition and intellect, then it is necessary to refuse a drink.

Video "Professor Zhdanov about the beer"

The main reason to stop drinking beer – it's own life. From birth you received a great gift – the opportunity to live, to explore the world. You can live, traveling, getting to know new people, trying himself in different jobs. And you can live your days in the pub, with other alcoholics next, turning your body into a cesspool. How to be – you decide. But remember, it's never too late to stop, to quit a bad habit, and be free. It was only in your balanced informed decision.

Liked the article? Here you can share with your friends in social. networks and evaluate this record “Reasons to quit drinking beer”: