Since ancient times Russian vodka in demand, popularity. People actively use it, it is not thinking the origin of the drink. A history of vodka is very rich. 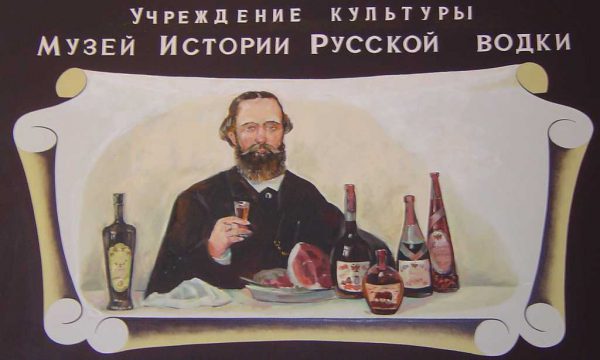 Overview of the vodka

The composition is a compound of ethyl alcohol with purified water. There are strict regulations, on the basis of them, the fortress should be 40-55%, today it is easy to find the drink with the fortress 40%.

During the existence of Russian vodka have been able to gather different opinions. There are many different sources with different versions. One of the most well known are:

Each version has nothing to do with the drink. Its occurrence relates to 19 century. Then there was the creation of special units, promoting alcohol rectification.

Today's recipe is known in many countries of the world. After all, it is actively used in all countries. The method of use is different everywhere. Some prefer it in its original form, and the other as a component for creating cocktails. Many people the basis of a take a variety of berries, fruit, with which it is possible to give the customary drink new taste. That only is a well-known vodka currant.

As mentioned above the main components are water and ethyl alcohol. A bottle of vodka can be of any degree. Usually it ranges from 35 to 70%. Most common tincture 40%. Just do not think, what is the recipe for homemade vodka consists of two ingredients. There are also a variety of spices, essences of fruit, berries, plants. All depends on the manufacturer. Because of the components depends on the end result. 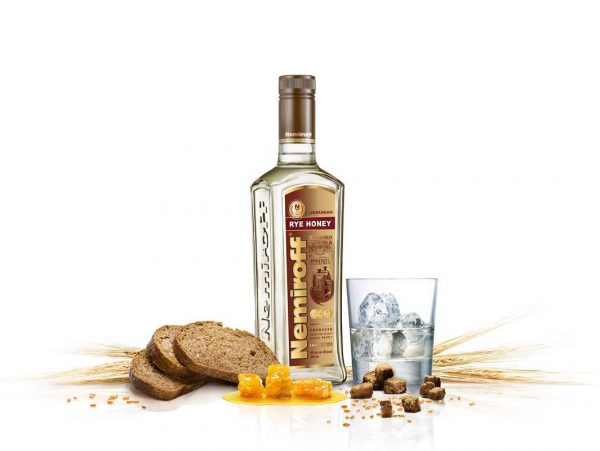 Many people wonder, what vodka is the most strong. The answer is quite simple. The owner of such an important title is a well-known Scottish company. The strength of their product reaches 88,8%.

Effect on the body of vodka

Any alcoholic beverages have on the human body a negative impact. Excessive consumption can lead to the development of serious diseases. Today to buy the vodka can anyone, aged 18 years.

The drink has a special ability to erode, withdrawal times for each person individually. It usually depends on a number of weighty arguments:

Usually the duration of excretion is 20 hours. So, weathering 50 ml fair enough 30 minutes, but half a litre will have to spend 16 hours.

A bottle of vodka is a complex chemical education. It has very specific properties. Of course, excessive use would have serious impact on health. But negative properties, the drink has a significant positive:

Even if home made vodka with all the rules, standards, to abuse she can't. Especially today, there are various ways to improve health. Especially limiting during medication. Such combinations can result in tragedy. 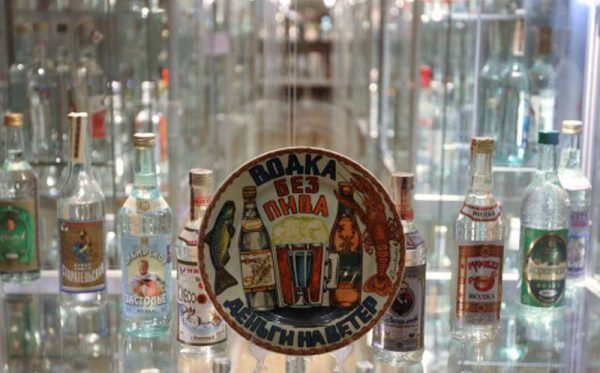 The history of appearance of vodka

Today it is difficult to find a person, living without alcohol. That's just the history of vodka, filled with puzzles, secrets. There is a lot of speculation, myths. Over time has varied recipes, technology, only recently had this.

If you try to briefly understand, what is the origin of the miraculous potion, you must select the most vivid moments. The first mention of the appearance of vodka appeared about 14 century.

Known to the alchemists of ancient Egypt by chemical experiments, has developed a unique formula, but used it solely as a drug. Using white treated a variety of ailments.

Later information appears in the records of the Persian physician Avicenna, who used it the day of creation of essential oils. Other known methods of applying the solution.

Many the historian was trying to figure out the exact period, and most importantly the name of the Creator. However, to do this have failed. We can only guess on the, who, and most importantly when will launch the popular stuff. We know of only one distillation was first used in Persia and Egypt. After that the procedure began to spread around the world.

In 15 century the history of Russian vodka reached Russia. Since that time people began to actively consume the drink. Here are just a creation of technology had a completely different view. Therefore, to infect it with the current product is not worth it.

Vodka: where did the name of the drink

The formation of white has several period, the same applies to the names. For the first time the term appeared in Poland, where comes from the word "water". The reason was the use of purified water.

Alcoholic name first appeared in the decrees of Peter I. However, one should not equate the old and new name. After all, before the February revolution, the drink had the name "Table wine No21". Only 1936 officially confirmed the name "vodka", which meant aqueous-alcoholic mixture with addition of certain additives. 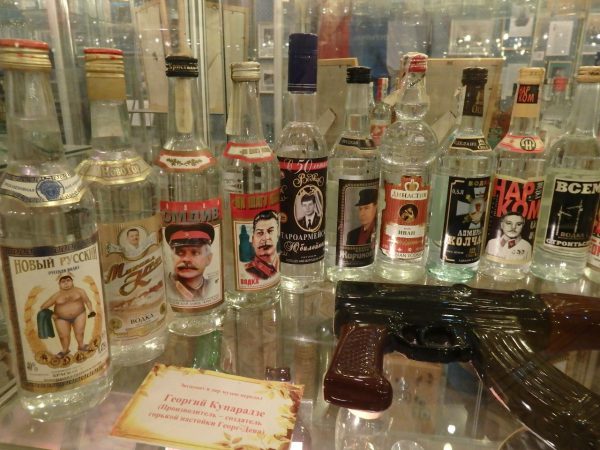 The history is incredibly rich. It managed to capture the famous, unknown persons. That only is a famous alchemist Arnaud de Villero, producing alcohol from grape wine. That's just the main purpose of its development was the creation of a special solution, used for medical purposes.

The end result was too strong and it was necessary to clean. That required a huge amount of time, forces. Was soon created special preparations for the distillation of a solution, which greatly facilitated the process of creating. The unique technology offered engineer from France – cellier-Blumenthal.

Date of creation of vodka

Buy a bottle absolutely is not difficult. That's just to name the exact date of the creation of this popular product impossible. First spirits appeared in Europe, but used them as a medicine or a fragrant agent. It is also known, in the middle 1500 year, alchemists from France was fond of distilling various wines. But to call such an invention fair, can not be sure.

The term "vodka" appeared in 1405 year. That's just hiding under this term the developer. The basis for its creation were used the fermented fruit. This stuff is more like moonshine.

Who invented vodka in territory of the Russian Federation

Many people know the concept of Aqua Regia. So people often wonder, who is the author of the Russian liqueurs. But to call the Creator of the impossible. Because of the lack of substantiated facts. There is no real document with the exact names.

Some individuals require is a great invention of the monk Isidore. Which is carried out on the territory of the Moscow Kremlin. Many still can't explain, how did he get distilling equipment. 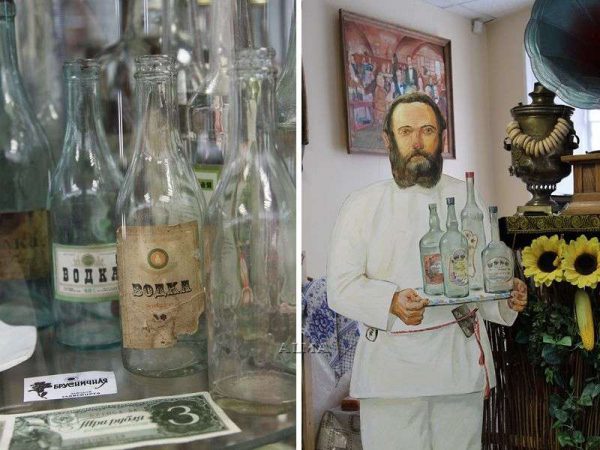 There is another widespread belief, the invention belongs to the D. And. Mendeleev. The main reason for the assumption was the thesis of a scientist, he actively considered the solution of alcohol and water. A similar statement also could find a lot of disputes.

The degree of alcoholic beverage

A lot of discussions goes not only around the invention of liquor, the origin of its name, but the accuracy of the degree. Scientists are actively talked about the optimal ratio of alcohol and water. Studying the thesis of the periodic need to pay attention to his references to the work of English chemist Gilpin.

The man was able to determine the density of the aqueous-alcoholic solution when the content 38% alcohol. Soon, however, the figure was increased to 40 degrees. The reason for this was the decision of officials, who did this to simplify taxation. In 1894 year was a registered Patent, based on the establishment of a fair with the presence of alcohol at the level 40% cleaned with charcoal.

The basis for the creation of alcohol often use wheat, rye, or mixed grain. It is therefore important to ensure, to the quality was high. Indeed, the presence of mold in grain can seriously impair taste sensations. Especially it is necessary to account for self-preparation product.

Around the right of use drink a lot of conversations. Some prefer to drink vodka not chilled, and other pre-lowered the bottle the freezer. How many people, is, there are opinions.

The most important thing to perepoloshit the contents of the glass. The optimal temperature for freezing is -220S. However, even with enhanced freezing, the product will not lose its qualities, taste sensations. Just enough to pull the beverage from the freezer and leave at room temperature. 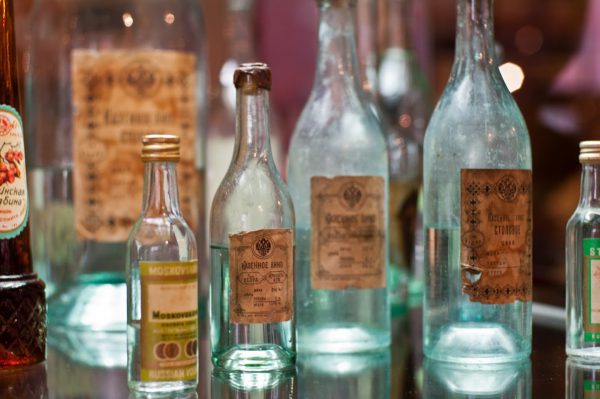 The concept of "good alcohol"

Assess the product for the price not worth it. So not everyone on the shelves of a product with a high price tag means high quality. The important role played by the ingredients used, manufacturer, components. Great, Aqua Regia must have the following characteristics:

The important role packaging plays. The cap should fit snugly, to be protected by a tube. The presence of the stamp with the date of bottling, prerequisite. On should not be the precipitate, and liquid – clean, transparent.

Also pay attention to content labels. It should contain:

The product is usually divided into several classes: economy, standard, premium and super premium. The last two are the best, elite. Only it is necessary to understand, even the most elite product has a strong damage health. 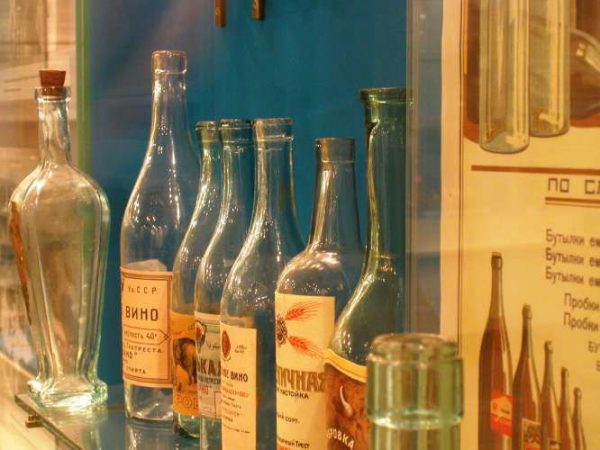 Around drink a lot of conversations. In the history of Russia it has a special place. Here is a Museum, on this product. It is situated in city Moscow, was founded in 2001 year. Although initially the Museum was located in Saint-Petersburg. On its territory there are more than 600 kinds of beverage, starting from the oldest. Here you can find a huge number of specific posters, photos, official documents. A special place is occupied by the labels of bottles of vodka, also available rich history.

The exposition is divided into several sectors, characterizing certain time period. The most valuable pieces is a collection of vodka bottles N. L. Shustova.

Thoroughly professional tour guides will tell fascinating stories, even travel time. And for a sense of reality will be to conduct a tasting.

Vodka has a special significance for the life of the country, the world. You should always remember about the damage the dangers of this drink. Because excessive consumption threatens the emergence of serious health problems, able to fatal. Vodka – is evil, if you use it thoughtlessly.

Liked the article? Here you can share with your friends in social. networks and evaluate this record “What vodka is and when it was invented”: