Many people believe – drinking beer is not able to take its toll on health. However, it is proved, bad to drink beer every day. This habit is fraught with negative consequences – the emergence of disruptions in the functioning of the brain, weight gain, malfunctions of internal organs. If a man drinks a beer every day, he begins to develop a serious relationship, turning into alcoholism.

Love to go with beer came to people many centuries ago. Known, that in the middle Ages, the British actively used. And on the adverse consequences of no thought. Ginger ale population can be a huge volume. However, after a while the king worried about the physical condition of the nation.

The only good solution for him was the introduction of a ban on the drink. Here only such actions do not eliminate the habit, but on the contrary made it even more desirable. El continued to use the inhabitants of the huts and huge castles, by doing this stealthily by the ruler. Because after the ban, he became even more desirable.

A few decades later in the famous El, started to add flavored honey. This decision helped to make the drink tastier and sweeter. And at sunset of the middle Ages, he bought a friend now a bitter taste. The ban on the use disappeared. Few people thought it possible to drink beer every day. Therefore, most people, closely with a passion for beer began to develop health problems.

Today everyone knows about the great love of the Germans to foam. The main reason for this popularity is becoming the inability to grow vineyards for wine production.

The only consolation for them is beer, get them especially elegant and excellent. In Germany allocate a huge number of varieties of the drink, each of which is a fan. 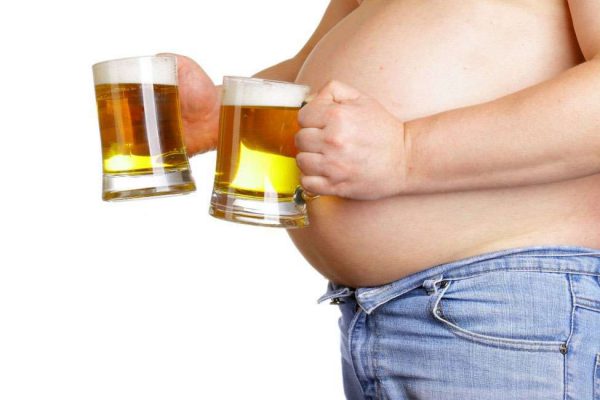 How are things in Russia

Our country has gone too far. Penn has been here since ancient times. Special popularity he received with the arrival of Peter. The ruler is absolutely not worried about that, what will happen if you drink a liter of beer every day. On the contrary, he was sure, amber liquid is able to improve the health, physical condition. Based on this conclusion, the Emperor has given the order on mandatory need to every soldier in the army daily to use it.

Catherine also did not differ regarding severity of intoxicating. She was sure, you can drink beer every day without fear for their own health. Thus, using huge demand among the people of power, amber liquid was constantly in use. However, for accurate answer, the harm is extensive attention paid to composition. 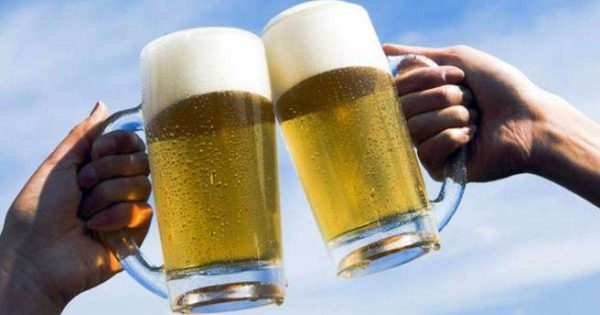 In the composition of the drink contains a significant number of different compounds, produced in the fermentation process. The main components become:

In one liter of beer a daily dose of thiamine, Riboflavin.

It would seem, from and such a huge amount of useful components, you can drink it, improving their own health. Here only in practice a high amount of ethyl alcohol applied more damage. The main danger of regular drinking is the probability of the occurrence of alcohol dependence. There are many other unpleasant consequences of such "friendship".

If the husband drinks beer every day, in the near future we must expect the appearance of extra pounds. However, it should not, see all intoxicating, the number of calories is not more, than vodka. The true cause of overweight is becoming a snack, without which it is impossible to do normally.

This files most often drink beer in the Union with croutons, chips, dried fish or salted nuts. Each of the products has a high caloric content. Therefore, the causes harm to a variety of snack. Harmful to drink beer every day, or a few months will have to deal with this obesity. Especially to lose weight, much harder, than to type it. 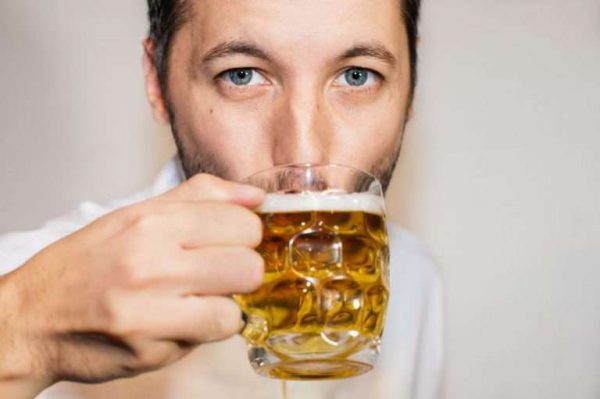 Additionally, based on the statistics, it can be concluded, intoxicating develops diseases of the digestive, cardiac system. Especially at risk are people, regular drinkers.

Seriously think about the refusal, on the harmful addiction, you need men. The reason is the increase in estrogen and decrease in male libido. Potency begins to seriously suffer, and this brings enough issues to the representative of the strengths of humanity.

For a long time, intoxication was considered an exclusively masculine beverage. Gradually, however, the love for him from women. That's just the amber fluid will cause serious harm to the weaker sex, especially young girls. The reason for this active production of phytoestrogen. Hormone background poses a serious violation. Gradually, the situation only becomes more complicated, the consequences can be irreversible.

Women's health and reproductive capacity have threatened. The girls bad to drink beer every day, otherwise you may experience infertility. Of special note are pregnant. It is important to understand, even a small dose of alcohol can have negative impact on fetal development. 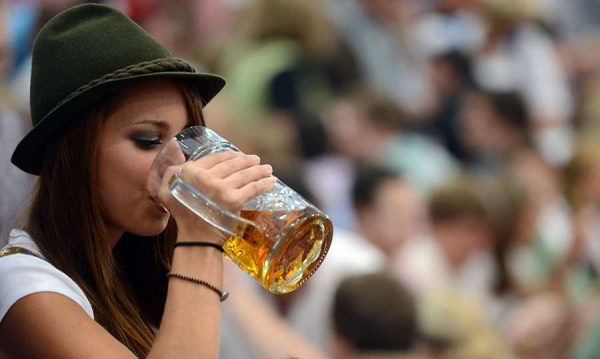 Beer can also affect the appearance of ladies. She has cellulite, face swelling, appears rounded belly, excess weight and problems with the condition of the hair. In severe cases, possible development of cancer.

Speaking about alcoholism most people, suggests the excessive consumption of vodka, but there is a separate category of persons, suffering from dependence on beer. In medicine there is no specific term, characterizing this dependence. Today more and more people are at risk of dangerous disease.

So, despite the absence of a law banning, drinking it daily is impossible. Need to know, how to quit drinking beer every day, otherwise, the consequences can be tragic. Its use is valid, but in reasonable quantities, and most importantly, in rare techniques. To end a hard working day, bottle cool, dangerous. The consequences of the disease may appear gradually.

How to quit drinking beer every day

Unfortunately, to heal themselves from serious, according to many years hard. This is especially true of the fairer sex. Therefore, an important step towards the cherished goal will be an adequate awareness of the problem.

You need to understand, as beer acts on the body, as reflected on the appearance and the dangerous. Then should gradually reduce daily dosage. A few days later, it is reasonable to replace with another beverage – kvass, yogurt.

Today all over the world are constantly held various festivals and beer festivals. So intoxicating continued to enjoy significant popularity among the population of different countries. The main thing to remember, acceptable, a couple of glasses of amber fluid in a week. To exceed the allowed dosage, not. Only in small doses beer is not capable of inflicting serious harm.

Liked the article? Here you can share with your friends in social. networks and evaluate this record “What happens if you drink beer every day?”: