Alcoholism is a terrible disease triggers serious damage to health. Under the influence of alcohol, people become insane and capable of committing terrible crimes. Additionally, the drinking causes the development of serious pathologies, often provoke death. The harm of alcohol proven to be various specialists around the world.

Therefore, in Russia are constantly attempting to combat addiction. Professor Vladimir Zhdanov constantly conducts numerous lectures, proving, what's the harm of alcohol on the human body can be irreversible. 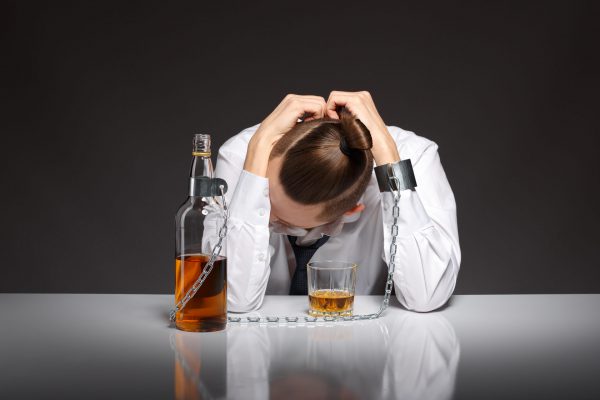 Vladimir Zhdanov about harm of alcohol

The Professor began the work in 80 years. He travels extensively around the country and conducts various workshops. His lecture on the dangers of alcohol enjoys wide popularity, gathering around him a huge audience. Its main goal is the restoration of the identity of the country, the desire to instill in her the desire for a healthy lifestyle. The only way, to the scientist, it is possible to renovate a healthy nation and to raise the birth rate.

His first conversation about the dangers of alcohol, dubbed "the Lies and the truth about alcohol" was held in 1983 year. After which he actively began to travel around the country. And 1986 year was presented to the public his main lecture, through which he was able to get enough awards.

Since 1988 year, the Professor began to organize special courses, focusing on the fight against alcoholism. Zhdanov about the dangers of alcohol speak openly and clearly. His lessons are actively dispersed among the audience, first on cassettes, then for the disk devices, and today the works of Zhdanov you can easily find on the Internet.

With their incredible efforts 2008 year, the man was appointed Chairman of the "Union of struggle for the General national sobriety". Since 2009 year, he was asked to take part in one famous project on TV. It, Professor actively communicated the most pressing issues and considered popular topics:

Zhdanov supports a large number of people, and even religious services. A, having taken a course of his lectures, decide to give up the habit. After all, every conversation about the dangers of alcohol created with the various age categories and explains in easy language, easy to understand. The Professor tries to avoid complex terms.

In addition to oral lectures, specialist actively produces documentary films. They often show on TV. Some teachers decide to use it as scientific material in schools, capable of eradicating the problem of child alcoholism.

Zhdanov about the dangers of alcohol have been able to identify a sufficient number of different theories. On the basis of, which of them he has identified several stages of alcohol dependence. The first part develops no characteristic signs. Gradually, however, the disease begins to progress, provoking serious violations. The second stage begins to show withdrawal symptoms. The most dangerous becomes the third stage, flowing together with the emergence of disorders in the internal organs. Frequent failures be irreversible. 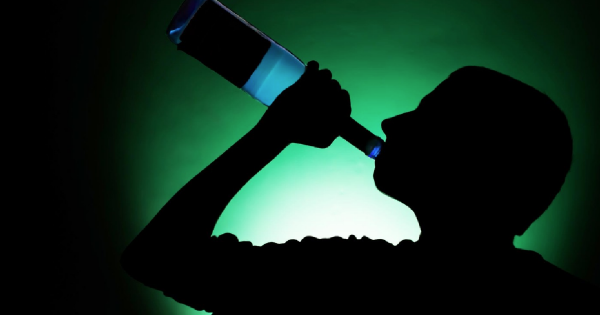 The reasons for the development of the disease

After a series of studies Zhdanov was able to allocate 5 the main reasons driving people to join the drinking:

According to Zhdanov alcohol use specifically, wanting to get rid of the Russian nation. An excellent proof of this is the level of mortality and fertility. Today 8 people from 12 systematically uses strong, and most of them suffering with first stage of alcoholism. Today the dangers of Smoking and alcohol use develops into a serious figures. Every year from bad habits die a huge number of people.

The dangers of alcohol for bodies

To better see how to apply the harm of alcohol on the human body, should carefully study each suffering body.

The most serious dangers of alcohol takes the liver. About 90% hazardous substances are processed through it.

In addition, however, is to perform its substantive work. Therefore, under the influence of alcohol the liver gets seriously toxic load and a lot of negative substances. Liver cells are gradually destroyed.

Appearing in the liver stagnation of bile, provoke failures in the functioning of the pancreas. Often the result of this operation is the emergence of pancreatitis. In very advanced situations develops pancreatic necrosis. Again their condition is quite difficult, what takes a few years. 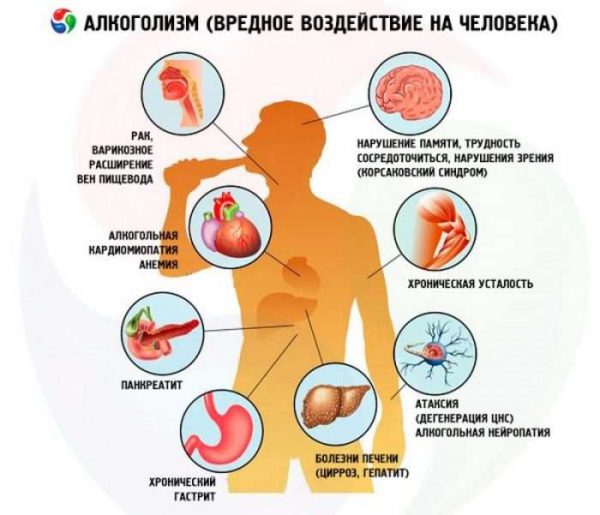 Alcohol gets to the brain, where he began actively to destroy its cells. They die, but communication between neurons is reduced. Alcoholics have problems with intelligence, memory, reduced attention and concentration.

Frequent use of intoxicating fraught with mental disorders. The patient is not in control of his actions, willing to commit a crime, not realizing their actions.

Often wanting to get easy emancipation and sexuality, young people make the decision to drink alcohol. However, such actions could seriously compromise erection. So such experiments can only aggravate the situation.

The heart and blood vessels

The harm of alcohol is no less dangerous. Often begins to develop cardiomyopathy, unfortunately, to cure the disease not. Also drinkers personalities a chance to get the myocardium is much higher. The frequency of use seriously affects the possible consequences. Therefore it is necessary to think seriously before, how to pick up a shot glass with clear liquid.

Thus, regular consumption of alcohol has a negative impact on the human condition. At risk are the kidneys, stomach, the lungs and the organs of sight. To normalize their natural work will need to undergo a rehabilitation course.

Today the problem of children's alcoholism is, particularly relevant. The reason for that is constantly reducing the mark-age drinkers. If several decades ago, the subject term was implied as adults, in modern society suffer from alcoholism, even teenagers.

The reason for such sad statistics is the development of problems in the family, a good example of the parents, the connection with bad companies. It is important to note, what child has not formed the body quickly gets the negative effects, so, dependence they develop faster. 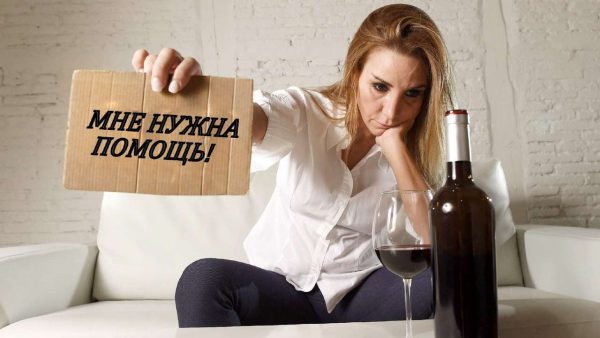 Development of the child in the womb a crucial moment. Being in an interesting position, a girl must carefully monitor their diet, habits. However, many people ignore such measures.

The parents actively drink water during the period of planning pregnancy and even after conception. Such a "friendship" with alcohol a pregnant can cause serious abnormalities in the unborn baby.

We all know, during the passage of the medical treatment is prohibited to drink beverages, containing alcohol. Even small amounts of alcohol can lead to unintended consequences.

Therefore, it is important to put a ban on addiction at the time of treatment. When you receive especially heavy drugs, for example, of antibiotics the consequences of the Union with alcohol may provoke a fatal. In addition, this Union ensures the complete absence the therapeutic effect. So, all treatment will be in vain.

The presence of chronic diseases

Regular use of alcohol can provoke an attack of exacerbation of chronic diseases. Usually this happens in the presence of liver disease, kidney, bowel, respiratory and cardiovascular system.

Held in Texas, the study was able to prove, what a perfect abstinence from alcohol does not guarantee a long, happy life. Often the absolute non-drinkers die earlier. The reason for this is the presence of the constant stress. Therefore to drink alcohol, can, but only in certain quantities. The only way, it will be possible to avoid development of serious pathologies.

Liked the article? Here you can share with your friends in social. networks and evaluate this record “The dangers of alcohol for human”: