Vodka with anise managed to win popularity among the one million people. The most popular drink enjoyed in Pushkin and Turgenev times.

Vodka has a huge history. Therefore, during its existence, it managed to feel a huge amount of changes. Every craftsman, wanting to make a new taste, added to the usual recipe new items. Often such experiments ended in failure, but there were opposite cases.

It is important to note, vodka with anise occupied a special place on the table of Peter I. In our days the population once again there is interest in this product, so, it's time to get to know them.

Vodka with anise in Russia

Due to the content in the seeds of anise and citrus zest, the usual drink was able to get a special, unique shades. Vodka with anise has a pleasant taste, which persists for a long time. Due to these advantages, tincture was able to get so popular in 16 century.

Even during the first appearance of alcoholic beverages, the wizard wanted to create something unique, with storage finish. And here, using the usual spices, they were able to achieve the desired result. The end result justified all the hopes and in a moment to make a flavored stuff the best among his fellows.

Original part, to give the required flavor used star anise. The fruit of a large tree reminiscent of the small sprocket, brought from China to Europe. However, the coveted fruit had too high a cost, that forced the wizards to look for a cheaper alternative.

Fortunately, works have crowned success, the replacement was a familiar tree seeds. They were widely spread on the territory of Russia, it's serious savings in delivery of necessary components. Seeds its scent did not give way to fruit, but has an affordable price. 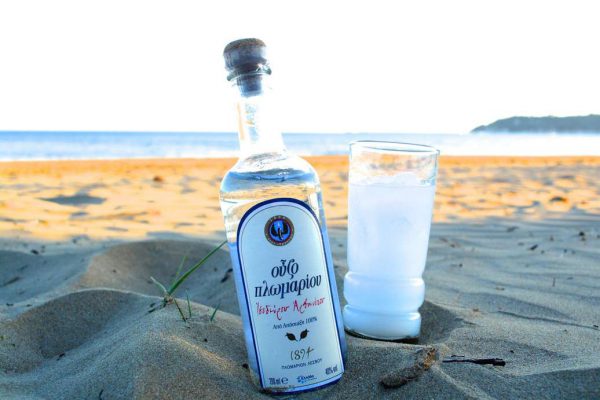 Vodka with anise in Russia

Tincture of anise in vodka first appeared in 16 century. She was particularly in demand, so not a single holiday is not complete without it. The drink was king, so drink it and could only aristocratic personality.

In our day to insist vodka Anis you can even at home. However, the product has lost its former popularity. To meet it on the Desk pretty hard. With the exception of getting goods, imported from Europe.

Many foreign countries are happy found out the secret of cooking and continue to create aromatic tincture. Greek anise vodka is in demand all over the world. Although the French and the Italian product is not inferior in quality. Most often they are used as a component for cocktails.

Anise tincture was active transformation. Changing her name, components and methods of cooking. So now the world knows some of the most successful and tasty tinctures.

The drink's popularity in other countries

In Greece, drink based on anise called Ouzo, it also adds alcohol, water, nutmeg, cinnamon and cloves. It has high strength, which is achieved 40% alcohol. So drink it is usually a good snack.

Also, there is another popular product – Tsipuro. It includes meal of apples, quince, strawberries and figs and, of course, the main spice.

In France for alcohol special relationship. For improvement of the drink includes two wine anise, and Kohler, licorice and dill. The Frenchman gave him the name of Pernod.

Italian Sambuca was able to become famous worldwide. Today it is difficult to find fashionable, in which it is missing. This includes elderberry and lots of fragrant herbs. The result is simply superb.

Turkish vodka with anise also could not stay without attention. Therefore, nowadays many well-known alcohol firms with particular enthusiasm create unique cocktails based on unique plants.

Each country uses their products, with which it is possible to create a perfect aroma and taste. However, the main part is always distilled alcohol, dill, ginger, cloves and other aromatic herbs and plants.

To give a soothing taste here and add sugar and honey. Such a useful composition allowed the drink to be recognized as a good means to combat a variety of ailments. 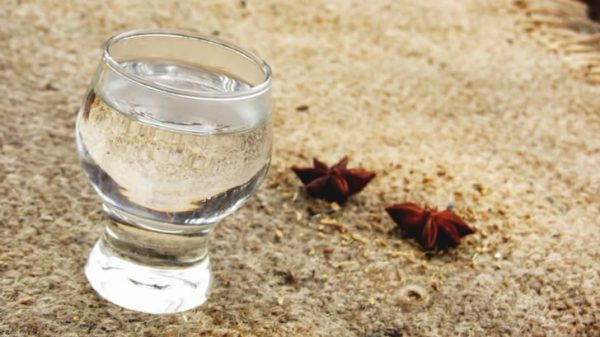 Even if it has been made vodka Anis at home, it continues to retain its useful properties. These include:

In 16 century, the anise is actively used as a good aphrodisiac. The reason is the content of a large number of essential oils.

However, it is understood, to achieve the desired result it is necessary to use a small amount. Dose of alcohol should not exceed, otherwise, damage use will result in harm.

Despite its positive qualities, anise is alcohol, to abuse which is not. Especially careful should be people, suffering from allergies, as well as patients with epilepsy. With prolonged use may develop a serious addiction. And alcoholism treatment takes a long time, labour.

Drink the infusion should small shot glasses a good snack. It is also permissible to apply it as a component in a cocktail, where it is diluted with juice or other beverages.

In order not to harm your health, it is important to hold the measure. Otherwise, damage use will seem completely useless.

Liked the article? Here you can share with your friends in social. networks and evaluate this record “Vodka anise — the secret of the popularity”: