Excessive drinking is fraught with tragic consequences. The statistics are sadly disappointing, after all, every year the number of deaths from alcohol is growing rapidly. Everyone should know the measure and to understand, that there is an extreme dose, leading to death.

Since ancient times the concentration of alcohol in the body is measured with the help of this magnitude, as ppm. For a citizen of adult age 5 ppm inside – it 100% fatal. It is worth noting, General a critical point does not exist.

It all depends on the physical characteristics, sex and gender. Lethal dosage of alcohol in ppm is due to special formula. 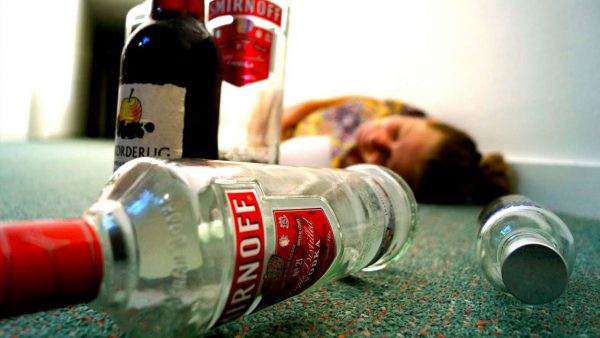 The amount in grams

Speaking about ppm, many people do not, what about the amount of drink is it. Therefore, to best demonstrate, what is the lethal dose of alcohol is required for the onset of the tragedy, it is necessary to consider the numbers in grams:

A kind of drink also matters. 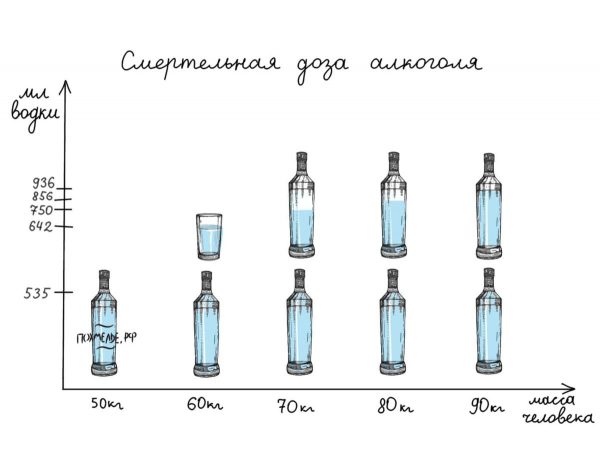 A lethal dose of vodka

A standard bottle contains in its composition of about 220 ml of ethanol, in ppm is 2,5. Death from a vodka product for men may come, if it is for two hours and drink two bottle of vodka by yourself. For women this mark is reduced.

Dangerous amount of beer and wine

Wine drinks are considered maloalkogolnom. Therefore, to achieve an overdose is difficult. The only exception is the purchase of a cheap substitute, containing a huge amount of harmful additives.

However, this does not mean, that you can without stopping to slurp wine. It is important to understand, when used in a large number of severe intoxication to avoid fail.

Many people refer to beer is a harmless drink, you can drink in any quantity. But the lethal dose of alcohol in litres there is also. To die you need to drink about 9-10 liters. 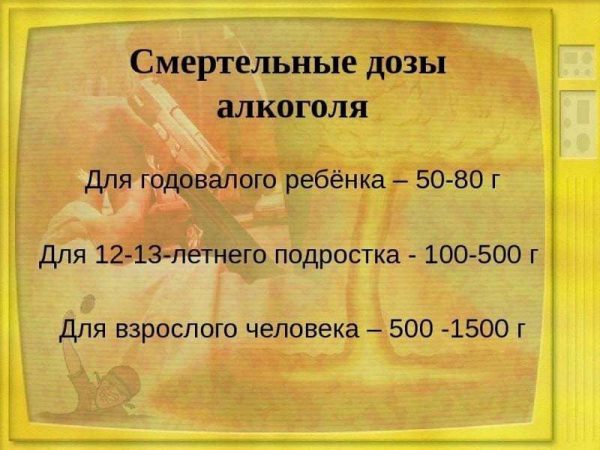 Death occurs due to severe poisoning. Poor, being in an uncontrolled state, chokes on her own vomit or die due to the aggravation of existing serious diseases.

Experts share two types of poisoning with methyl or ethyl alcohol. Each of them brings with it its dangerous consequences and background of the development of certain symptoms.

The symptoms of poisoning by ethyl alcohol:

Poisoning methyl alcohol is considered more dangerous because of the development of developing serious consequences. For example, blindness.

After witnessing severe intoxication to remain on the side anymore. It is important to provide first aid, includes the following:

If the victim is unconscious, you must lay it on its side and watch out for those, so he doesn't choke on the vomit.

Many people, desiring to facilitate the patient's state of health, give him drugs. To make such, not. Some medications when combined with ethanol give unexpected reaction. 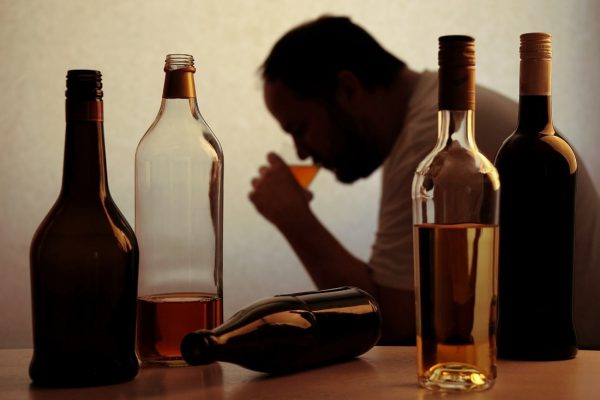 Sometimes, to find out what is the lethal dose of alcohol will become critical difficult. Blame, a number of weighty arguments, depends on the power of intoxication:

Drinking a little personality like the alcohol much worse, than heavy drinkers. Also worth noting is the time of year. In the summer intoxication occurs much earlier.

Most often, the alcohol provokes the development of diseases. Which ultimately leads to the following tragic diagnoses:

Moreover, among women the number of deaths the fault of alcohol seriously increases.

Any addiction has a negative impact on health. However, sometimes the price of a moment of pleasure is too expensive. So, decisions to drink, always keep in mind about it.

Liked the article? Here you can share with your friends in social. networks and evaluate this record “The lethal dose of alcohol”: