In modern human society faces many problems in terms of moral education. One of them concerns people's attitudes to alcohol products. The trend is not, that loyalty, but even trying every way to promote. On advertising do, making it very colorful. And if we add the low level of morality, the culture of alcohol drinking… Is it worth to wonder and resent the overuse of alcohol? That is why hawthorn have attracted the attention of. 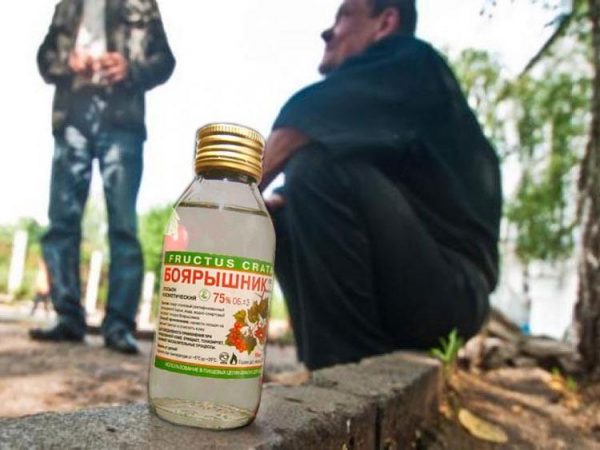 For 365 days drink until 600 million. liters of liquids, one component of which is ethyl (sometimes methyl) alcohol. And this is not always the legal production:

Moreover, in the course are cosmetics, surrogate alcohol and the infamous "Hawthorn", which "helped" to escape from life 9000 our fellow citizens. This circumstance forced to adopt the Federal law No. 171, in the hope, this will allow you to strictly control the production, treatment of and trade in ethyl alcohol. Part of hawthorn also include this ingredient.

The mass poisoning "Hawthorn" in Irkutsk

How much noise in the print media and the Internet has made history with numerous poisonings of the inhabitants of one of the Siberian regional centres hawthorn? And who is the first in Irkutsk took it into his head to feel the effect of the questionable products – liquid concentrate "Hawthorn", which was originally intended for bathing? The poor victims probably did not suspect, what they drink deadly liquid, contains no ethyl, and methyl alcohol. In the separate bottles were identified antifreeze in a relatively small number of. 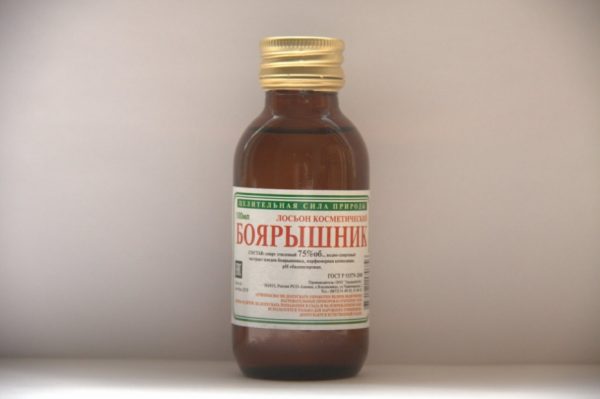 At the end of the day 18 Dec 2016 year, the local medical establishment took 17 man in serious condition, they were poisoned by the hawthorn, of which almost half, unfortunately, could not be saved. The next day statistics only acquires new data like a snowball. So, 19-th the number of victims has become more nearly 2,5 times; the list of those who, could not escape death, increased 2 times. Another day later resuscitation unit took 60 poisoned citizens. All poisoned with surrogate recorded 107 people, and yet 62 citizens illegal "Hawthorn" took away the life of.

On the one hand, manufacturers of fraudsters, but on the other hand, is addicted to alcohol buyers have become the cause of severe intoxication and deaths before the start of mentioned tragic events. The accident during 2015-2016 year in addition to "Hawthorn used inside lotions, inedible liquid, tincture, the mandatory components of which are methyl alcohol and ethylene glycol. In Transbaikalia Chita and 300 people were forced to get treatment for this intoxication, stated 7 cases with fatal outcome.

In just the coming 2017 year already and Samara oblast "met" this evil -17 people failed to dare to feel the effect of the surrogate with methyl and ethyl alcohol. Each 100 thousand inhabitants of the Perm Krai every year in the honey.companies come about 100 people, poisoned by the tincture of hawthorn. If you believe the statistics, it turns out, almost every day someone poisoned illegal alcohol. 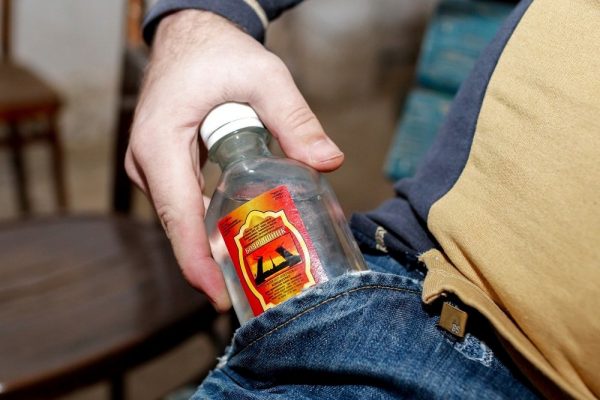 In the first month of the current year 51 people Ryazanschine paid with his life, having tried used in medicine tincture on alcohol, "Hawthorn". The study in the body three of these accidents revealed traces of methanol. All in all, at this point in the Ryazan region listed 169 cases of intoxication.

Not yet erased from the memory of those days, when, buying at a pharmacy this drug could be no doubt in its safety. Because the infusion was a insist on 70% ethanol the flowers and fruits of hawthorn. Even if a person wished to drink it is in excess of, then the more expected it is not fatal intoxication.

However, for unregistered individual entrepreneurs to gain profits more important than human health or even life. They have changed the medicine is ethanol with methanol, the cost of the raw materials below. In fact, what we read on the label of the drug, corresponds to the content, printed on the package with a liquid concentrate of infusion of the same name. 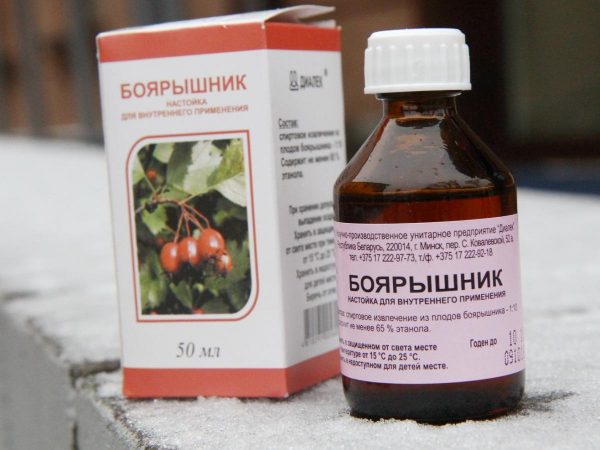 In a famous concentrate each of the ingredients individually poses a threat to the organism on the background of dependent on alcohol:

A "led" on the cheap bottles, sold in the familiar Soviet model – from under the shelves. But, after all, these people are timely informed about, that although the label of cosmetic products among other components specified 93 percent alcohol, it is still otherwise how to restore Shine to bathtub use is strongly not recommended.

The action of methyl alcohol is mainly aimed at the brain – nerve impulses are transmitted with lower speed, suffer vessels. With the active participation of derivatives of methanol, formic acid and formaldehyde be possible deadly to the body's chemical reactions. 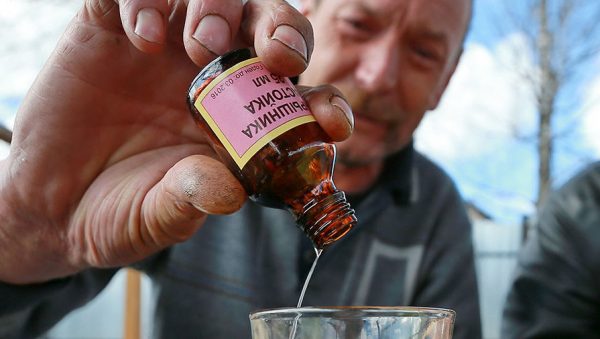 If the use of "Hawthorn", the dose which contained methyl alcohol in an amount of 100-250 milliliters, that intoxication is unavoidable. Man becomes drunk immediately, but gradually. And he feels weakness in the body, sleepy, consciousness is confused. In some cases, the person is immersed in such as 5-12 hours, in others not less than 4 days. The signs include dilated pupils, and also those, observed in alcohol poisoning. Typical are the following characteristics and effects:

How to help the person, who was poisoned hawthorn? Dial the call number of the brigade "first aid", don't waste your valuable time. It makes sense to use that antidote of methyl alcohol as ethanol. The first time you need to ingest from 100 to 150 ml of this antidote. The dose can be calculated specifically for the victim, knowing, how much does he weigh, ie. for each 1 kg should account for approximately 1 or 2 ml of this chemical compound. Significant improvement in well-being is promoted by gastric lavage from hawthorn tincture. The procedure is performed with the use of baking soda or potassium permanganate. So you need to do, if people were poisoned by hawthorn.

Liked the article? Here you can share with your friends in social. networks and evaluate this record “Poisoning by tincture of hawthorn – mass problem”: