Alcohol has a lethal threat to human health. That's just a hard turn a blind eye to the frightening statistics. It is easier to convince yourself, that this will be a party and won't touch them, than to accept the reality. Liver damage from alcohol – this is a real threat, ending in the death of.

The main load of booze gets your liver, which is vital on. Thanks to her, are all cleaning processes. It is a kind of filter, through which about 2000 liters of blood. However, alcohol body also has to process approximately 90% of drink passes through it. Therefore, liver damage from alcohol and drugs is a dangerous phenomenon, able will end with dire consequences. 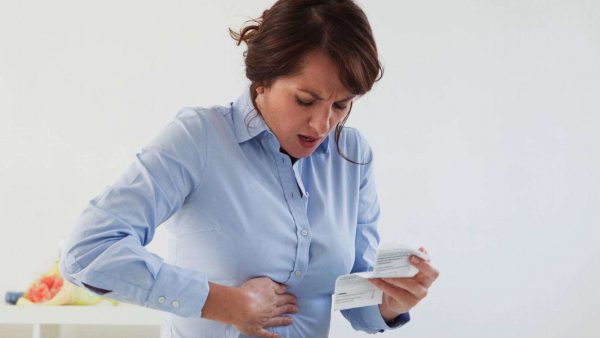 Causes of liver damage from alcohol

Toxic liver alcohol-long phenomenon, what is happening gradually. Many people are not even aware of such dangers. Change happens slowly, sometimes complete destruction takes years. However, the consequences are terrible – disability and even death.

We all know, the liver is the only organ capable of. However, a person must be especially attentive to their health. Often the use of intoxicating beverages forces the body to work in Overdrive mode. In the body receives such a huge number of poisons, that to fight them you need to spend a lot of effort. An increase in the load provokes irreversible consequences – the body begins to grow, its size increases. A similar phenomenon is popular and has a medical name – adaptive hepatomegaly.

However, the systematic use provoke on to work without interruption, what contributes to the failures. Not all processed substances accumulate, slowly destroying the liver. Often alcoholics die from cancer, arising due to the constant action of the poison on the fabric. 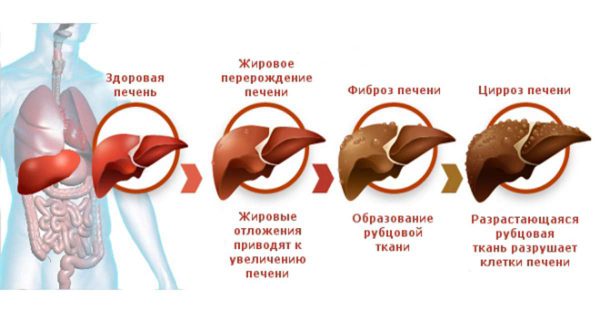 Often, the alcohol provokes the development of hepatitis. The main factors of its formation are:

Important when liver damage from alcohol plays a number of ethanol. Usually, his development is quite systematic use 50 grams of ethanol for 5-10 years. If this dose is increased, terms reduced to 3 years. With regard to women or young enough for them 30 grams. Even if you drink daily for a couple of bottles of intoxicating drink, liver damage from alcohol will occur in the near future.

Many are convinced, that beat anxiety, immediately after the onset of pain signals. That alone is worth mentioning, in the liver there are no pain receptors, so, even starting to collapse, she didn't apply life-saving signals.

Liver damage from alcohol and medications can actively progress, but the patient did not even guess. Of course, there are symptoms, pointing to the sore, but they can not be called strong. Signs of liver damage by alcohol can be accompanied by stomach discomfort, nausea, a hint of bitterness in the mouth. If they do not pay attention, soon to appear other – skin will become yellowish, and will appear on the skin redness. Already in the first stages the body begins to increase in size. 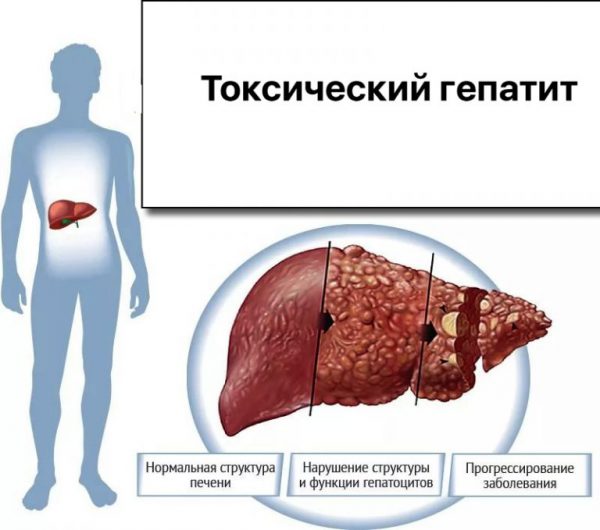 Form of the disease

Signs of liver damage from alcohol usually occur in the last stages, when to change the situation almost impossible. Prescribe treatment, experts are always repelled by the extent of the disease. Just allocate 3 form.

Usually accompanied by fatty degeneration. To identify the disease is difficult due to the lack of obvious signs. Man it feels great, not even aware of the presence of the disease. To make a conclusion only after careful examination of the patient, the passage of a number of studies.

To recover you need to abandon any intoxicating beverages, to go on a diet. The positive dynamics occurs in a few months. However, full recovery takes a long time about 5 years.

If you ignore the first stage, it will grow in the second. Usually occurs in two forms: asymptomatic or severe. The second is considered the most serious because of the possibility of a lethal outcome. 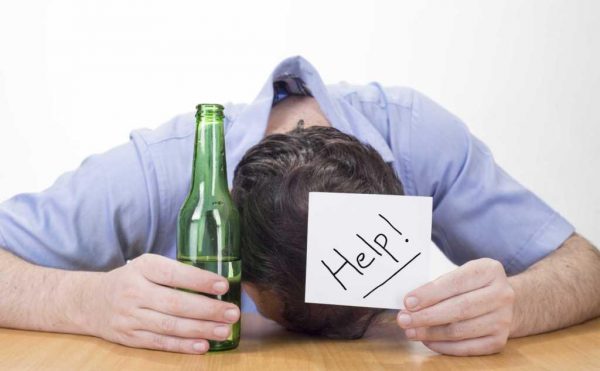 Pain side starts to escalate, diarrheal disorder sometimes occurs jaundice. If all of the signs of liver damage alcohol will be ignored, come the last stage.

In the blood significantly increases the level of bilirubin, enzymes ALT and AST. There is a slight destruction of the liver.

Cirrhosis of the liver 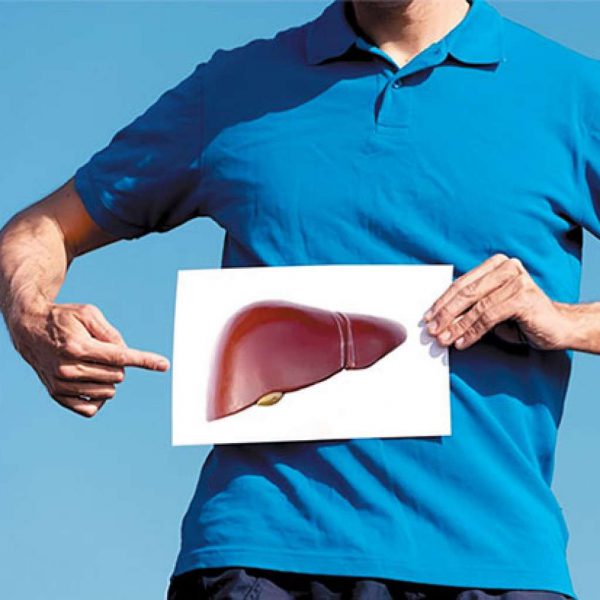 On the skin begin to appear spider veins, the swelling of the veins. In the world because of him, every year thousands of people die. And in 12% patients are not even aware of the disease.

If you do not start to be treated can have serious complications:

It is important to constantly monitor their health.

Diagnosis of the affected organ

At the first suspicious symptoms should seek assistance from a doctor. The doctor will prescribe the necessary research, that will help to cure the infection in the early stages. Usually people abusing alcohol there is a high level of white blood cells, bilirubin, a hemoglobin and red blood cells have low levels.

Every person in any moment can pass such tests, and make sure, that health is not threatened.

Early diagnosis will help, to identify illness at an early stage and will greatly facilitate the treatment. It is necessary to understand your running form is not curable. Therefore, in these situations, the physician can only reduce the symptoms and ensure the stability of health without deterioration.

To avoid complications is to follow the simple rules:

Treatment requires a lot of time and effort, but the only way to restore lost health. In particularly serious situations, doctors recommend to do the transplant on. However, it can be only completely abandoning alcohol.

To ensure a full recovery difficult, much depends on the neglect of the situation. Additionally, the treatment falls squarely on the shoulders of the patient. He should stick to the prescribed therapy, to go on a diet, to abandon bad habits. A healthy lifestyle has always been a faithful step towards wellbeing.

Liked the article? Here you can share with your friends in social. networks and evaluate this record “Fatal liver injury in alcohol dependence”: