If to trust statistics, it can be concluded, what 85% residents of our great country today cannot imagine living without gadgets. Regardless of the location, even resting, citizens dependent on phones, laptops, tablets. People gradually began to deteriorate, virtuality settled in all areas of life.

We start Dating with social networking, sent work emails, read books in imaginary libraries, and even visited online cinemas. Many people simply have forgotten how to act without little helpers. Everything revolves around them. Without realizing it the inhabitants of the vast society locked himself out of the chains of a terrible addiction. And give her from the earliest years. Gadgets in your child's hands is a serious weapon, destructive psyche. Addiction can play havoc in the future. 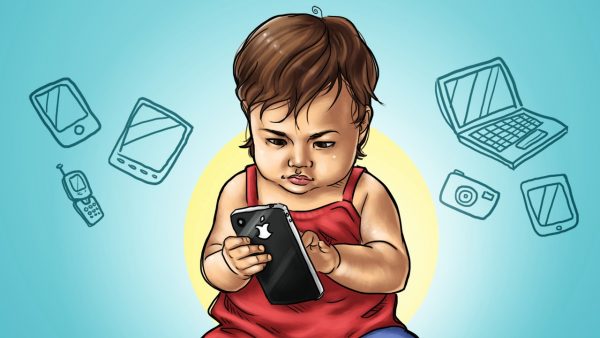 Mistakenly thinking about, what gadgets help to catch more, the inhabitants of the planet become much scattering. They stop focusing on one action, distract them social network, calls, messages. As a result, committed a lot of mistakes, able to render serious harm to the flow of life.

Such things, can seem silly, slander. That's only going to world level, everything becomes much clearer. The problem of gadget dependency looms over the entire planet. Therefore, in certain parts of the world even began to open special hotels, based on the isolation of the people from the technique. Coming here, must pass their electronic assistants, after which you can safely enjoy your vacation.

Kids in a virtual cage

Recent years, many family there was a threat of a serious affection of children to tablets or phones. Kids often sit in social networks, ignoring the real thing. Harm gadgets for kids trying to prove a. For this reason psychologists make the following conclusions – the child Internet dependent. Time to raise the alarm should study the symptoms of the disease.

Psychological signs of dependence on gadgets in a child: 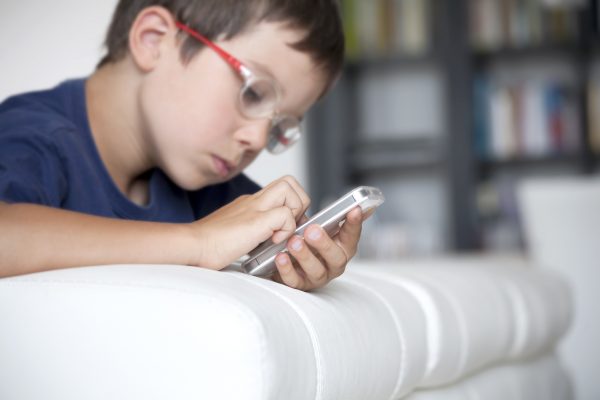 Dependence on gadgets is evident not only in terms of the psyche. You can not ignore the physical symptoms:

The gadgets have a negative impact on the health of the child. Of course, abandon them altogether is impossible, but parents able to reduce the time spent in a child phone and computer.

The cause of addiction:

The problem most parents – failure to provide assistance. They think it is normal – seat the student at home with e-friends. It is better, than, if he's going to disappear somewhere with suspicious guys. That's just the saddest thing. This increases the likelihood of a loss of reality. 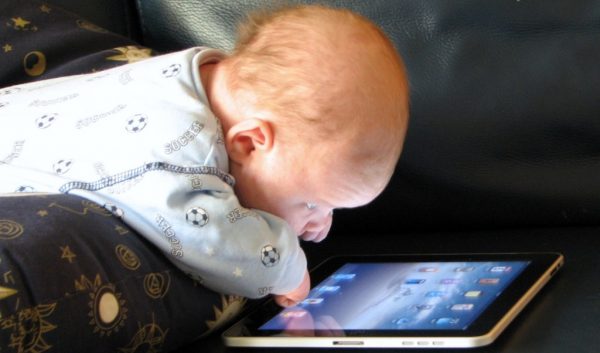 Paint, to save a child from addiction

In order to avoid adverse effects, try to understand your baby. Invent some new traditions to drink tea in the evenings, fun discussing the day. As parents, it is important:

Gradually, this will help to restore the relationship. Student will understand, because to understand, advice. But forcibly prevent the child from sitting behind a favorite technique of not. This usually promotes the opposite effect. Harm gadgets for kids may seem like a myth, but don't underestimate this kind of dependence. 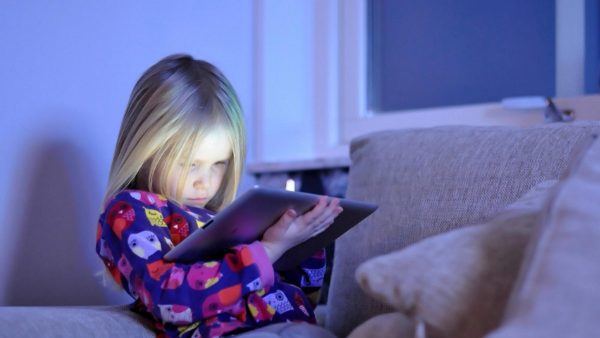 If the situation escalates: the teenager ignored the pleas, comments, more vanishes at the monitor, became a bad student, became aggressive – it is best to contact the experts, they will help to normalize the situation.

To deal with the dependence on gadgets will help specialist. Many psychologists began to develop techniques, to get rid of bad habits. The gadget should not replace friends, family and relationships with the opposite sex.

Some people are faced with another trouble – phone addiction. Teens just can't exist without them. Gadgets rapidly captured the minds of children. Because of this, about 70% students cannot count, convert currency and to write subject to the rules of their language. With addiction you have to fight, enabling the child to develop successfully in society.

Signs of nomophobia are:

The reason for this again lies in the lack of understanding from adults. When the kids feel comfortable, easily communicate with mom and dad, they will never become dependent on the virtual world. So before, how to scold their sons/daughters, first, you should understand, to understand, where a mistake was made. The dangers of gadgets on children's health, too, proved physicians. But mostly suffers psyche. If the baby is unstable, something about how a healthy nation can be discussed.

Liked the article? Here you can share with your friends in social. networks and evaluate this record “The dangers of gadgets for children: rid of dependence”: